Postseason is next for Lady Miners after successful regular season 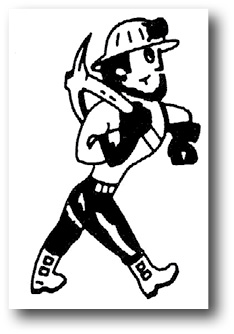 The San Manuel girls’ basketball team boasts a record of 21 – 5 heading into its final two regular season games this week. After an important game versus Immaculate Heart on February 4, 2014, the Miners’ regular season finale is February 6 at Green Fields Country Day.

Miners head coach Dave Jungbluth said the team has made improvements over the past the month, including more balanced scoring.

“Most teams are focusing on Angelica Zuniga which gives other players better scoring opportunities,” he said.

Analisa Robles is the Miners’ second-leading scorer and does a “great job putting back offensive rebounds,” according to Jungbluth. Freshman Angelica Garcia has been shooting well from three-point range while Felicia Gomez and Nicole Predgo-Primero have improved their shooting touch. Third-year varsity player Kadi Monfred’s strength is her outside shooting and ability to take the ball the basket.

Angelica Zuniga has averaged a double-double (16 points and 11 rebounds) all season long. Jungbluth was asked what makes her special.

“The way she runs the floor,” he answered.

The Miners have three losses to Division III teams. Their only losses in Division IV game have been to St. Gregory Prep. Jungbluth said the team did not come ready to play in at least one game versus St. Gregory and the recent game versus San Carlos. After falling behind early in both games, the Miners played well for the remainder of the game, but not well enough to overcome the early hole they dug for themselves.

As the regular season winds down and the postseason starts up, Jungbluth knows the Miners are more than capable of creating history – as long as they come ready to play.

The game versus Green Fields Country Day is schedule to tipoff at 5:30 p.m.