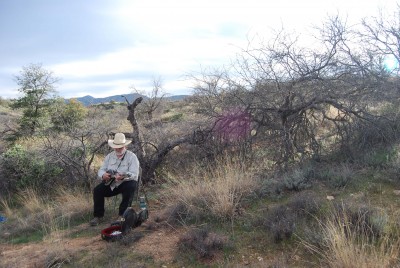 Ric Volante on the Mandolin

On Sunday, March 5, Oracle State Park celebrated its connections to nature with some special events.

Mike Weasner of the Oracle Dark Sky Committee and a volunteer at the park gave a workshop on Astrophotography. Mike is an amateur astronomer and photographer. The workshop was an introduction to taking nighttime photographs of the sky using a camera alone, with or without a tri-pod or using a telescope. 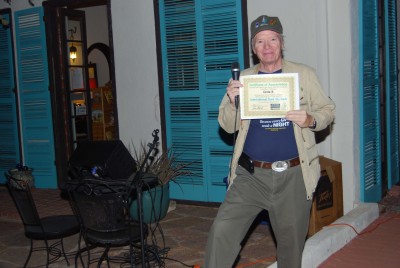 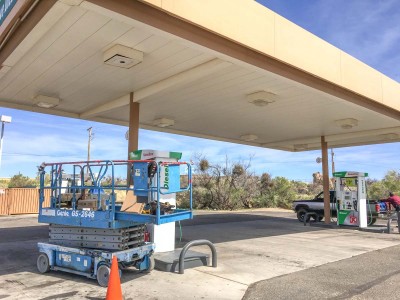 New LED light fixtures finally being installed at the Circle K in Oracle Wednesday, March 2. The Oracle Dark Skies Committee is happy that the Circle K management accommodated their request for the new lighting fixtures, in spite of the businesses being grandfathered in.

Later in the evening Mike spoke about Oracle State Park being a designated International Dark Sky Park and thanked Circle K for installing new LED light fixtures at their store near the entrance to Oracle. He displayed a certificate that will be presented to them for their cooperation and support in helping the park become an International Dark Skies Park.

There were kids’ activities including a desert animal skull display and how to make a sundial and a star clock. Friends of Oracle State Park were there with cookies, brownies and other treats. The Oracle Dark Sky Committee had an educational booth set up.

In the evening everyone was invited to take a walk on the Nature Trail and view the new educational signage with their “Signs and Sounds.” At each sign station musicians were playing live music. The new signs along the one mile trail highlight the wildlife, vegetation, geology and water resources of the park. The volunteer musicians playing at the Kannaly House entrance and along the trail were Mary Blast – Native American flute; David Frank – violin; Ric Volante – Mandolin; Drumension – electronic drums; and David Tamminga – guitar. 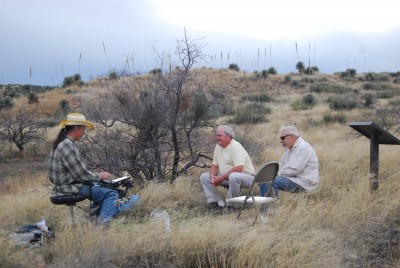 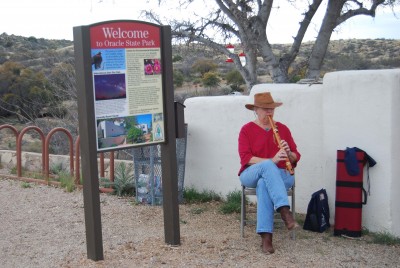 An evening of star gazing was also planned but the cloudy weather did not cooperate.

The park is open 8 a.m.-5 p.m. every Saturday and Sunday. Full Oracle State Park event information is always posted on the state parks website: www.azStateParks.com/Parks/ORAC. Park admission is $7 per car at the main gate on Mt. Lemmon Rd. in Oracle.

Other March activities include:

• Saturday, March 26: “Wildlife in the Santa Catalina Mountains” presentation by the Sky Island Alliance begins 1 p.m. in the ranch house. Photos from wildlife cameras in the area of black bear, jaguar, mountain lion and other animals will be shown. Reservation suggested.

• Sunday, March 27: Tohono O’odham basketweaving demonstration begins 1 p.m. on the ranch house patio as part of Archaeology and Cultural Heritage Awareness Month. Elizabeth Jose of the Tohono O’odham Nation will do a weaving project to show basket making techniques. This free program is made possible with the support of Friends of Oracle State Park.

For information about all 28 Arizona State Parks, the Trails and Off-Highway Vehicle Programs, and the State Historic Preservation Office, call 800-285-3703. Campsite reservations can be made online at AZStateParks.com or by calling the reservation call center at 520-586-2283. Follow AZStateParks on Twitter and Facebook. 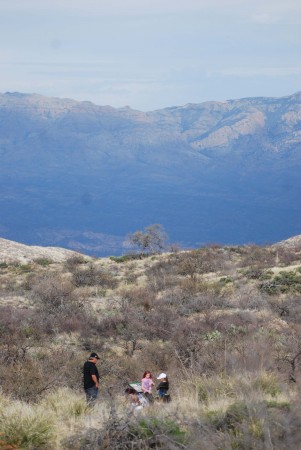 A family hikes on one of the nature trails at Oracle State Park.