Promoting Superior and the Copper Corridor in London 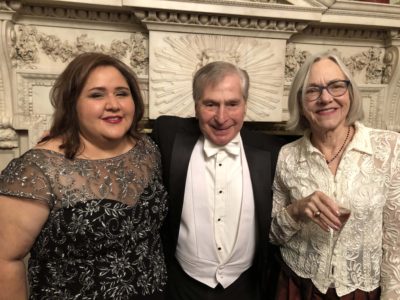 Mila Besich with Sy and Sarah Sohlmer at the Lord Mayor of London Mansion House event.

Last week I was honored to have represented our community in London.  The trip was a whirl-wind adventure crammed into just a few short days.  London is a beautiful city and if I could describe it quickly, it is like being in the capital of the world.  New architecture stands next to buildings that are centuries old and many nationalities are represented there in the business world.

The trip itinerary was built around attending the Lord Mayor of London Mansion House event with the Worshipful Company of Gardeners.  These trade groups, or what is referred to as Livery Companies, are similar to our trade associations.  This event was seeped in British traditions and required full formal wear, along with many unique ceremonies such a sharing of the “Loving Cup” which is a formal toasting tradition.  The event was hosted in the Lord Mayor’s Mansion house and the only time the public is allowed to enter the building is if you are invited to attend one of these events. 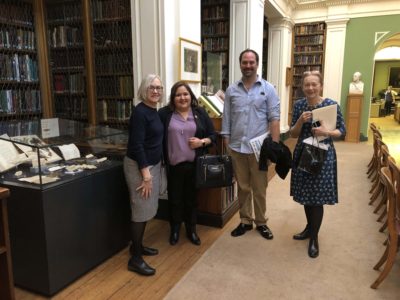 We were also able to tour the Linnean Society, which is the oldest biological plant society in the world.  The Linnean Society has preserved the biological specimens of Swedish naturalist Carl Linnaeus whose botanical, zoological, and library collections they have been keeping since 1829.  The invitation to these two events came from Sy Sohlmer, who served as the Executive Director of the Boyce Thompson Arboretum.  These relationships all have a direct connection to help support the preservation and growth of the Boyce Thompson Arboretum, which is an important asset to our community.

Promoting Superior and the Copper Corridor to the United Kingdom office of Trade, Mining and Energy was another key meeting that I attended during my time in London.  This round table session allowed us to share synergies and consider potential collaborations to attract UK companies to Superior.  The Arizona office of Tourism has a staff in London who help to promote Arizona to the UK traveler; this organization does a great job promoting Arizona and they were able to showcase many of the great promotions they have built for Arizona.  We were able to share with them all of the unique places to visit here in Superior and the Copper Corridor. I am looking forward to hosting them when they visit Arizona later this year. 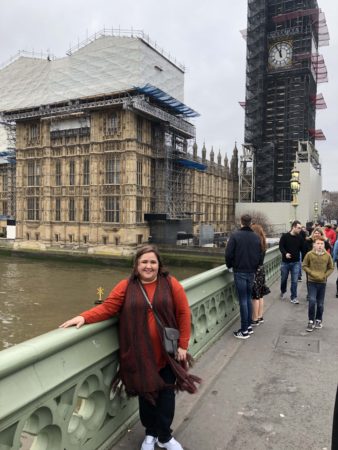 Mila Besich sightseeing in London. Big Ben is in the background.

Before I left last week, the Town Council, the Superior Unified School District Governing Board, Superior Chamber of Commerce and Rebuild Superior Inc. all signed community, education and economic development agreements with Resolution Copper/Rio Tinto.  These agreements were all multi-year agreements that will help our community to develop several projects including a new multi-generational center, education services and support many further endeavors to improve our local economy.  I was able to meet with top officials at the Rio Tinto headquarters in London to thank them for their investments in our community, and discuss the ongoing progress of the project and permitting.

This trip would not have been such a huge success if it were not for the support and guidance of the Arizona Commerce Authority and Arizona Office of Tourism.  Their staff assisted in  the coordinating each of the meetings.  Their ongoing advocacy and support for Arizona helps to make a difference for all parts of our State including Superior.

The days flew by rather quickly, the meetings and networking have been productive.  While it is nice to travel and see the world, it is always nice to come home.

Together, We are Superior!

Mila Besich is a resident of Superior with two children. She volunteers for many local organizations. She is an experienced fundraiser and event planner for Copper Corridor Economic Development Coalition. She covers some of the area town councils and schools.