What is to become of Apache Leap? Area now under special management 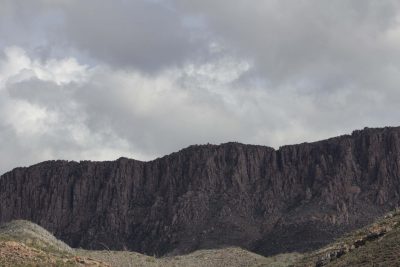 Apache Leap Mountain is one of the Copper Corridor’s treasures.

The Town of Superior is nestled in the shadows of the Apache Leap mountain. It’s an iconic face of the town. The mountain and its future has been a hot button topic for the townspeople over the years. Concerns in the past have been mostly about the mining of the mountain and what that could mean to the mountains wellbeing. But now what is at stake is the continued use of Apache Leap by hikers, climbers, equestrians, and ATV users.

It was during the Land Exchange that legislation was drafted that called for a Special Management Area to be formed, a group that would be run by the Forest Service. This group is now the official caretakers of the Apache Leap Mountain. The legislation directed that this Special Management Group create a plan within three years for the preservation and use of the area. The land involved is actual two land parcels: 697 acres of Tonto National Forest and 110 acres of Resolution Copper land.

The original legislation states that the purpose of the management group is to: Preserve the natural character of Apache Leap, to allow for the traditional uses of the area by Native American people, and to protect and conserve, the cultural and archeological resources of the area.

The plan also stipulates that whatever plan is drafted is to be made in consultations with the three major concerned parties: The Indian Tribes, The Town of Superior, and Resolution Copper. And it does vaguely mention the consultation of “other interested members of the public.”

It goes on to say that considerations in preparing the plan should include: protecting the cultural, archeological or historical resources of Apache Leap, including permanent or seasonal closures of all or portions of Apache leap, and provide access for recreational.

Creating the plan will be no easy tasks since there are many parties that have strong opinions on how the land should be managed. And some of those groups agendas are at cross purpose and conflicting. Heading the group, and maneuvering through these potentially rough political waters, is the Project Manager of the Special Management Area – Mary C. Rasmussen. Ms. Rasmussen is from the U.S. Forest Service and Tonto National Land Service.

Preliminary talks with some of concerned parties about the content of the plan happened at the Recreational Users Group, or RUG, December’s meeting. At that meeting things got a bit heated as representatives of the town, Mayor Mila Besich-Lira and Town Manager Todd Pryor, along with many recreational groups that were in attendance, expressed their fears that the tribal considerations might outweigh the voices of those who want to see continued recreation use of the area.

Some of those fears were alleviated in this month’s council meeting when the Forest Service did another presentation where they gave the Council and the Mayor a rundown of the concerns they have heard from the stakeholders. Concerns the Forest Service is trying to take into consideration as they create the management plan.  These concerns include: The preservation of the area’s natural beauty, protection of the cultural resources on the land, the continued use of the land by recreational groups, and considerations towards closing the area certain times of year to accommodate the Native American Ceremonies.

If things go well, there will be a balance struck between the needs of the tribes and the use of the land by the recreational users. If things don’t go well, an unlikely but possible outcome could be that the cultural and archeological concerns could out weight all other concerns. Which would mean the mountain could become off limits to not only the people of Superior, but all the people who have had free use of the land, for hiking and climbing, for generations.

The Forest Service is in a tough spot — how do they balance the needs of the tribes, the town and the mine? Can the concerned parties compromise? Can the forestry create a plan that would work for everyone? It will be a balancing act for sure, and the Superior Town’s people and Management, as well as all the recreational users in the Copper Corridor, are voicing their concerns and holding their breath in hopes that the Apache Leap Management Area group gets it right.

Anyone who wishes to send their comments or concerns about the plan have until the end of January to submit them in writing to: Mary Rasmussen, Project Manager, Tonto National Forestry, Supervisors Office, 2324 E. McDowell, Road Phoenix, AZ, 85006 /  Email:Info@ApacheLeapSMA.us

September 2016 –January 2017: Consult with affected Indian tribes, the Town of Superior, interested members of the public, and Resolution Copper for input on plan development

More information can be found at http://www.apacheleapsma.us.