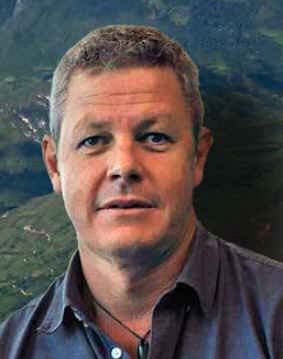 In assuming the new position, Lye brings more than two decades of mining experience with Rio Tinto and its subsidiaries to the job. These include leading the La Granja copper project in Peru. He also had led operational, support and technical teams for Rio Tinto projects in Madagascar and Australia.

Lye also has experience in conducting studies, project development, commissioning and operations of block cave mines integral to future success at Resolution Copper. He arrived in Arizona last February where he assumed duties with Resolution Copper as General Manager of Studies.

“Andrew Lye brings to his new role a breadth of experience and a long record of partnering closely with the community to deliver mutual benefits,” said Nigel Steward, a Rio Tinto executive. “We have every confidence that he will provide the leadership and expertise as Resolution Copper moves from the permitting to construction phase, onward to a world class operating mine.”

Concurrent with Lye’s appointment were the announcement of management changes at half-parent Rio Tinto, which is reacting to the revelation of a bribery scandal involving a company executive working on the Simandou iron ore project in the African nation of Guinea. These revelations are not expected to have any effect on the operation of Resolution Copper, which is on schedule to begin mining copper near Superior using new technologies in 2020, a Resolution spokesman told the Superior Sun.

The scandal became known in early November when emails that were made public indicated that Alan Davies, head of Rio Tinto’s Energy and Mineral Division, had made payments totaling $10.5 million for “advisory services” on the project. This was compounded by the company’s Legal and Regulatory Affairs Executive Debra Valentine allegedly knowing of the existence of the emails for more than a year before the revelation and not doing anything about them.

Rio Tinto reacted swiftly and terminated the employment of both Davies and Valentine. Bold Baatar was named to replace Davies as Energy and Minerals Chief Executive. Chief Financial Officer Chris Lynch assumes management of the Legal and Regulatory Affairs function until a permanent replacement can be named.

While early investigations have found no evidence that top Rio Tinto executives knew of the $10.5 million payments, which are believed to have ended up with corrupt Guinean government officials, the company still faces addition probes by the U.S. Securities and Exchanges Commission, Great Britain’s Serious Fraud Office and the Australian Federal Police. The mining concern could ultimately face fines from all three government agencies.

Rio Tinto is no longer involved in the Simandou iron ore project, which was cancelled earlier this year by Rio Tinto CEO Jean-Sebastien Jacques and its assets sold off.

Rio Tinto is the second-largest mining company in the world. It shares ownership of Resolution Copper with 45% owner BHP Billiton PLC, a global mining business based in Melbourne, Australia.