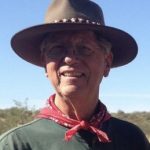 Mark graduated from San Manuel High School in 1965.  He received a degree in Chemical Engineering in 1970 from the University of Arizona, and established a distinguished life long career in the mining industry, which spanned the globe, mainly designing and building Solvent Extraction Electro-winning copper plants.

Mark’s lifelong interest in archery started in his youth.  He was a champion archer who was on the U of A archery team, which competed on the national level, and where he met Susan, a fellow teammate, who later became his wife.  Together they were All-Americans for 3 of their 4 years on the team.  A highlight of his competitive years was qualifying and trying out for the Olympic archery team.  He later served for a number of years as president for the National Archery Association.

An avid hunter, Mark took the majority of his game with a bow and arrow.  For the past several years he edited the Arizona Bowhunting Record Book.

Mark was a researcher of everything, always keeping up with the latest and greatest.  He remodeled their home in San Manuel in a different design and built several out buildings to accommodate their needs.  He built a unique workshop on their land in Catalina and at the time of his death was overseeing the construction of the one of a kind home he designed at the same property.

There was no challenge too great for Mark.  He lived everyday to the fullest, even after being diagnosed two and a half years ago with incurable, only treatable, cholangiocarcinoma (cancer of the bile ducts in the liver).  He loved people and people loved him.