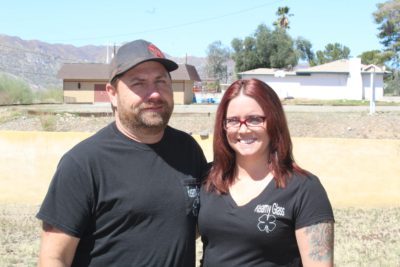 Owen and Jennifer O’Brien are the owners of Kearny Glass and Mirror.

Jennifer and Owen O’Brien are the latest owners of Kearny Glass & Mirror. The company has been in business over 30 years with an excellent rating and reputation. The Owens purchased it two years ago and are continuing the company’s tradition of quality work and service.

Recently they performed a custom job for the Fly-In-Hi automotive shop in Phoenix as part of an episode of the popular television program, Gas Monkey Garage Rehab. Gas Monkey Garage Rehab travels around the country looking for auto shops that need help.  They are one of the most popular automotive shows along with Fast N’ Loud on television. Both shows are on the Discovery Channel and have huge followings. 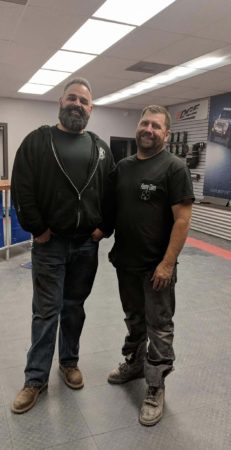 The O’Brien’s experience with Gas Monkey Garage Rehab began when Jennifer submitted the name and contact information of their company to the Discovery Channel as being interested and available if one of their programs wanted to use them. Richard Rawlings, leader of the team for the show called them on Jan. 12, a Friday. He told them he had called them because of their good past record. Owen was in the middle of a job and didn’t believe them at first. He told them to email him and send him the information. When he received a response, he called them back realizing they were the actual people from the television show.

They drove to Phoenix that Friday and spoke with Russell Holmes, the project manager for the show. GMGR wanted a set of custom double doors made and installed within a seven-day time frame. Companies in Phoenix had been called about the job but said they could not do it within the time allowed, saying it would take at least a couple of months to get the products needed and complete the job. Owen quoted them a price and it was accepted. Owen and Jennifer did not realize it at the time but they were being filmed during the negotiation process.

Then the difficulties began. 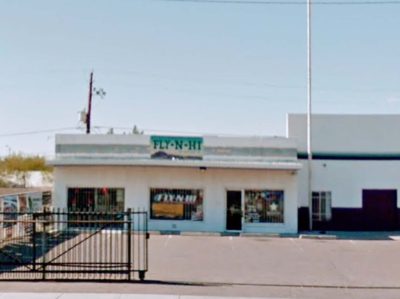 Being that it was a weekend, Owen couldn’t order the products needed for the project until Monday. They were unable to get their needed products until Wednesday which left them a four-day window to get the job done. Each piece had to be custom built. They ran into some other difficulties which you will see in the show.

“It was a lot of work,” said Owen. “We really had to work with our vendors. It was really intense, it was rough. I never experienced that much stress in a job.” 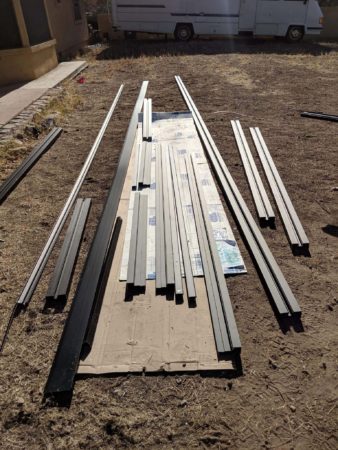 Supplies for the rehab.

Kearny Glass & Mirrors completed the project in the time agreed upon. When it was over, they had custom built and installed two large windows and showroom doors that open up to a height of 9 feet 6 inches and allowed two lifted jeeps inside the showroom. They are the first company to do custom glass work in any of the show’s episodes. 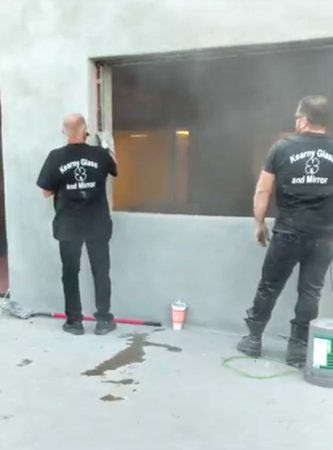 Owen O’Brien, right, with an employee working on one of the windows.

“We were proud and honored to have been given this opportunity,” said Jennifer.

The O’Briens have been asked to do some more shows. During the filming of their episode, Owen and Jennifer talked to the hosts about the town of Kearny and gave them information about the town. The episode is expected to be shown in July or August of this year. The Copper Basin Chamber of Commerce may host a block party and showing of the episode when it comes out. Congratulations on a job well done! 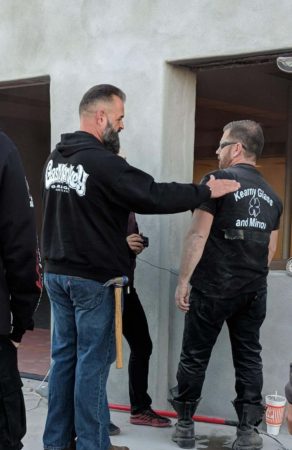 Kearny Glass and Mirror repairs and replaces auto glass, does home window repair, commercial storefront, custom glass, custom mirrors, tinting and custom screens. They have done work for Waste Management, Enterprise car rentals, and Dollar General. They are licensed, bonded and insured. They have 24-hour emergency service for businesses and can complete auto service at your home or job. They service Kearny and the surrounding areas and have done work in Oracle, Catalina, San Carlos and Florence. Their prices are competitive and quality glass and installation are guaranteed. They have a lifetime warranty on auto glass for leaks and whistles and the first chip repair is done for free. All insurance companies are accepted.

Besides doing quality work, Kearny Glass and Mirror believes in giving back to the community. Jenn and Owen are members of the Copper Basin Chamber of Commerce. They have done work for the local Elks lodge and churches without charging. They had a booth at and support Pioneer Days in Kearny and other local events.

They will be a vendor at the Apache Sky Casino’s 1st Car Show on Saturday, April 14, 2018 from 9 a.m. to 3 p.m.  Look for their sign with the “shamrock” logo. It is part of Owen’s pride in his Irish heritage. Their motto is “A touch of Irish class for your glass”.