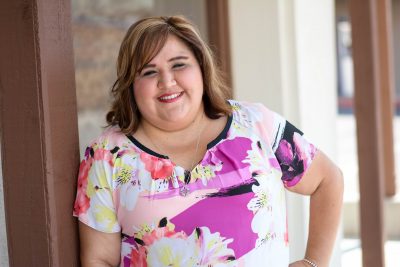 Mila Besich-Lira took office as Mayor of Superior during the Sept. 8 meeting of the Superior Town Council. The accession took place nine days after she won the recall election over former Mayor Jayme Valenzuela by a vote of 516 to 151.

In the presence of several dozen friends and relatives, Besich-Lira was sworn into office by Judge Larry Bravo.

In her first words on accepting the mantle of Mayor, Besich-Lira thanked the citizens of Superior for entrusting the office in her hands.

“I couldn’t have done it without you,” she said. “You really rocked the ballot box, showing what true citizenship is, with more than 700 of the town’s population coming out to vote. This puts to shame other towns in Pinal County like San Tan Valley, where only 4,000 of nearly 100,000 residents bothered to vote on Aug. 30.

“We have a great team on the Town Council and after the hard year we’ve been through we will work hard to make Superior a better place to live and work,” Besich-Lira added.

Besich-Lira ascended to the office of mayor three years after being elected to the Town Council in an earlier recall election. She also has served on the Superior School Board since 2010. Public service has been in her family’s blood as her father Steve Besich also served on the School board and as a Constable. Her uncle Billy Preciado earlier served as Superior Mayor.

Earlier in the meeting, the four Council members present and Gilbert Aguilar, participating in a meeting through a cellphone connection for the second time this year, voted to accept the results of the Aug. 30 election. These included the reelection of Vice Mayor Olga Lopez along with first-term members Vanessa Navarrette and Bruce Armitage. The latter two will be seated at the December Council Meeting.

Much of the rest of the meeting was taken up by what in government is referred to as “housekeeping duties.”

A $66,000 bid from Spray Systems to remove asbestos from the Superior Transfer Station, thus allowing it to reopen after being closed since March 2012 by order of the Arizona Department of Environmental Quality, was unanimously approved by Council members. The Station processes materials from demolished buildings to vegetative matter removed as part of highway projects.

Also approved was a $219,000 bid from Redpoint Contracting to make necessary upgrades in the Superior Waste Water Treatment Plant. This work is being funded under a Community Development Block Grant.

And Council members approved renewal of a contract with Absolute Medical Claims Inc. for ambulance billing services for the Superior Fire Department, and renewal of an Intergovernmental Agreement with the City of Mesa relating to fire apparatus maintenance and repair services.

Also during the meeting, Police Chief Bill Neuss introduced Ace, a narcotics-sniffing dog, as the newest member of the Superior Police Department. White with irregular brown spots, Ace was acquired through a grant from the organization Universal Canine.

Ace is trained to detect all major street drugs and has already proven his worth in the field, Neuss said. During his third stop, Ace sniffed out a half-pound of methamphetamine from a vehicle, from which the police also seized $2,500 in cash and several illegal firearms.

As Ace is reported to be the first pit bull to go on active duty as a trained narcotics dog, ABC News is coming to Superior to do a segment on him for one of its news programs, Neuss added.

Editor’s Note: Ace was featured in a Superior Sun story on Aug. 10, 2016. If you missed the story, you can read it online here.