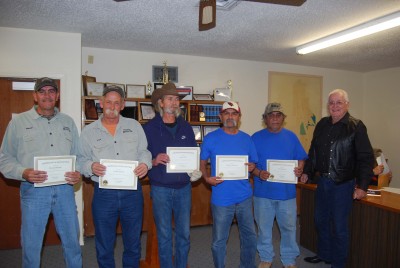 Will there be a medical marijuana grow facility in the town of Mammoth?

The possibility was discussed at last week’s Mammoth Council meeting.

There is currently no ordinance in the town codes to govern such a possibility.

Town Attorney Steve Cooper said that no ordinance in the Town codes could be found and that a facility would be allowed in a commercial zone.

It was noted that someone has an interest in bringing a medical marijuana grow facility to Mammoth. Mayor Don Jones felt that the tax revenue generated by this business would be beneficial to the town.

The Council discussed then approved a contract with Desierto Weed Control for weed spraying services. Desierto is a local company and the spraying of weeds is expected to save thousands of dollars in manpower costs which were estimated at nearly $100,000 per year. The annual contract is for $9,732.50 to be paid quarterly.