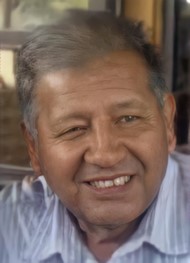 Florentino “Tino/Buyo/Chief ” Saiz Jr. passed away peacefully the evening of Saturday, March 26, 2022, in his home surrounded by his loving family.

He was born in Morenci, AZ on Nov. 22, 1943, to Florentino “Tino” Saiz Sr. and Michaela “Mickey” Saiz. Both parents have preceded him in death. Also preceding him in death are sisters, Virginia Landinger and Mary Helen Houston.

He attended school in Clifton, AZ and enjoyed deer hunting in Unit 27 as a young boy until a few years ago. He also loved fishing in the White Mountains and on the Gila River as well as coaching Little League baseball.

Tino worked for City of Clifton and Sanitary District until moving to Mammoth in 1972 to work for Magma/BHP Copper as a crane mechanic. He also served with Mammoth Volunteer Fire Department for over 35 years, serving as Fire Chief for 28 years. He eventually retired from both jobs.

Services will be held April 30, 2022, at Blessed Sacrament Catholic Church in Mammoth, AZ. Rosary will be recited at 11 a.m.  Mass will be celebrated at 11:30 a.m. followed by a Fire Department Ceremony. A Celebration of Life will then be held in the Parrish Hall next to the church.