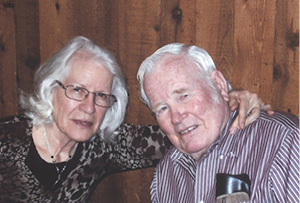 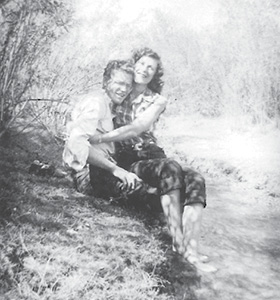 Billy and Rosie McGovern celebrate their 60th wedding anniversary on Aug. 22, 2013. The young couple is pictured above at the San Pedro River in Dudleyville, August 1953.

The couple met in Hayden in May 1952. Rosie was a sophomore in high school. She was active in varsity basketball. Billy had recently been discharged after serving four years in the Air Force. A Korean War veteran, Billy had been stationed at Norton Air Force Base in San Bernardino, Calif. After that he worked as an electrician and maintenance foreman for Kennecott Copper Corp. A year later, on Aug. 22, 1953, the couple was married in Tucson.

Billy was born in Hayden and Rosie was born on the Aravaipa.

Billy and Rosie are enjoying retirement and celebrating their 60th anniversary with their large family. They are very grateful for all the years they have shared together.