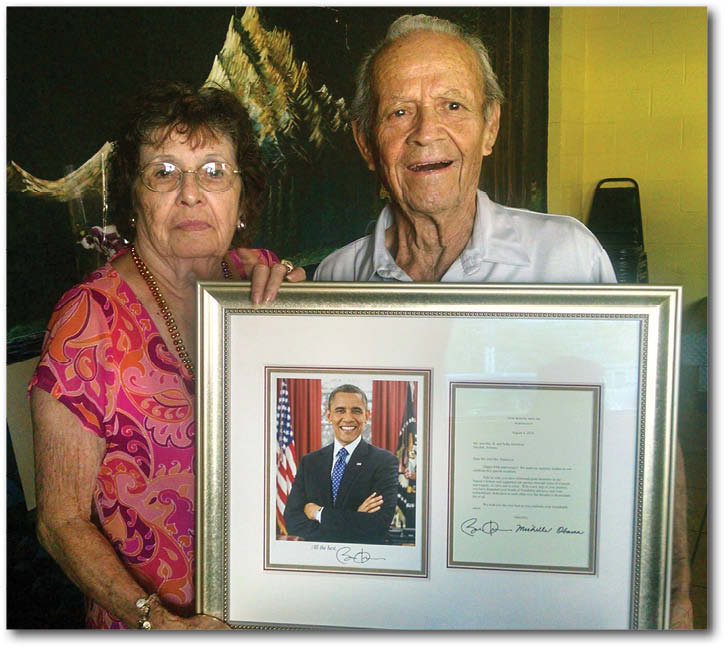 Sophie and Raul Mendoza with the framed photo and letter from President and Mrs. Obama.

Raul and Sofie Mendoza celebrated their 64th wedding anniversary on July 24. Ruben Raul Mendoza and Sofia Mercedes Padilla were married on July 24, 1950.  In recognition of this joyous occasion, President and Mrs. Obama awarded them with a letter and picture from the White House.

Happy 64th anniversary! We send our warmest wishes as you celebrate this special occasion.

Side by side, you have witnessed great moments in our Nation’s history and supported one another through times of triumph and tragedy, in calm and in crisis. With every step of your journey, you have deepened your bonds of friendship and love, and your extraordinary dedication to each other over the decades is example for us all.

We wish you the very best as you celebrate your remarkable union.

In addition to the letter from the White House, former mayor of Phoenix, Phil Gordon, wrote a congratulatory declaration on behalf of the City of Phoenix to Mr. and Mrs. Mendoza.