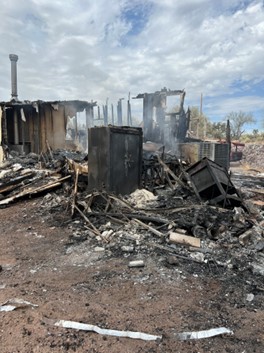 A late afternoon fire has left one Mammoth couple homeless.

On June 8, 2022, at approximately 4:45 p.m., firefighters from Pinal Rural Fire & Medical District were dispatched to the scene of a structure fire in the 17000 block of Inspiration Avenue.

It took firefighters from Pinal Rural Fire and Medical, Mammoth, San Manuel and Oracle Fire Departments six hours to control the structure fire. There were no injuries to any of the firefighters despite record temperatures that day. The residents of the house were safely evacuated from the residence by Pinal County Sheriff’s Deputies.

Firefighters continued to monitor the incident for any hot spots that occurred.

The cause of the fire is unknown. 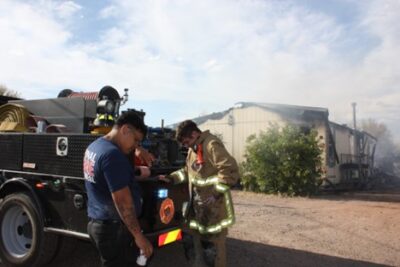