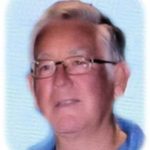 A loving grandfather, father, brother, son and husband Angel Gomez passed away on March 29, 2019.
He was born June 1, 1953 to Gonzalo and Henrietta Gomez in Superior, Arizona.
Ángel graduated from Superior High School in 1972, where he excelled in all sports but football was his passion. He was the quarterback all 4 years where he met Barbara Padilla.
They married on Oct. 7, 1972 and together they raised two children and were blessed with nine beautiful grandchildren.
Angel was involved with our Superior community his entire life.  He worked as a miner at Magma and Asarco between 1972 – 1976. He began as a volunteer firefighter for the Superior Fire Department and after 30 years of service he retired as the fire chief.  In 1976 he began his career at the Arizona Water Company. He took great pride in his line of work for 39 years before retiring in 2015.
When Angel wasn’t working his regular job, you would always find him helping someone with their own projects.
He was also one of the founders of the Superior Bowhunters. Angel loved fishing and hunting with his friends and grandchildren. He was a huge fan of the GreenBay Packers and of the U of A Wildcats!!!

He is preceded in death by his parents, Gonzalo and Henrietta Gomez, and his grandson, Marky Gomez Jr.

Services for Angel will be held on Saturday, April 6, 2019 at St. Francis of Assisi Catholic Church in Superior, Arizona. Visitation will begin at 9 a.m.  A rosary will be held at 9:30 a.m., followed by Mass at 10 a.m. He will be laid to rest at Fairview Cemetery in Superior.