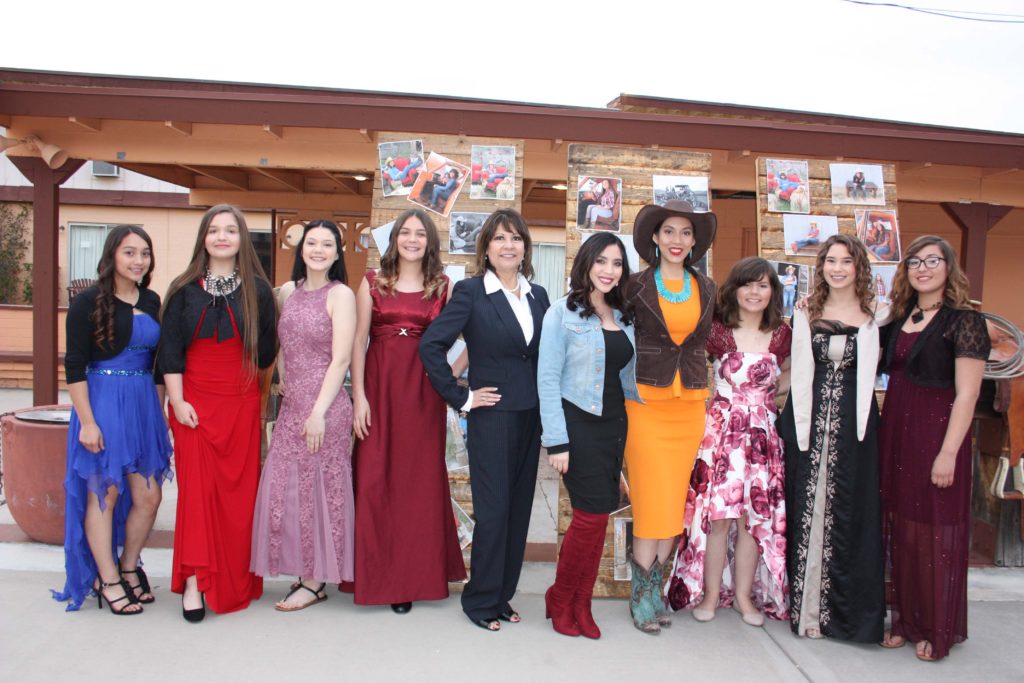 The 2019 Pioneer Days Queens Fashion Show held at the General Kearny Inn earlier this month was a huge success!

The event was hosted by Erica Flores, a 2004 graduate of Ray High School and former Junior Chamber Member. Erica has worked in television Channel 3 and CBS 5 and in the newspaper.  She was so proud of the girls for taking the initiative to be involved in the first step in achieving their goals.  Erika is currently working with Maricopa County online.

This year’s keynote speakers were LiAna Enriquez (who is a 3TV reporter and investigative producer), Anna Flores (Kearny Town Manager) and Martina Burnam (chamber board member).

This year’s Queen and Jr. Queen contestants are: Lucinda Schneider, Molli Verdugo and Ashiya Varley (Queens); and Felicity Boltarez, Kassidy Ballejos, Keyara O’Neil and Rilley Sosa (Jr. Queens). The winners will be announced on Thursday, March 14, at 5 p.m. at the Pioneer Park Stage.

Irma Newman and Becky Dunn, co-chairs for the Pioneer Days Queen Contest, have done an outstanding job with all the contestants this year.  All Queens Contestants brought their best for the fashion show and fans are looking forward to finishing this contest out strong and appreciate the support and love from all the people!