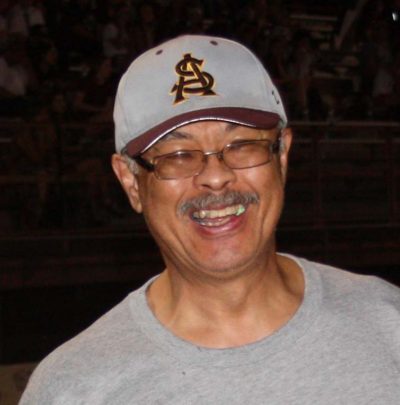 A Kearny doctor has had his medical license suspended by the Arizona Medical Board (AMB) following interim findings that he continued to write prescriptions for controlled substances including opioid pain medications in violation of an earlier AMB order.

Dr. Jeff Crawford M.D., who practices at offices at 351 Airport Rd., Kearny, has since stopped seeing patients but indicated on a telephone office recording that he will challenge the order at a subsequent AMB administrative hearing. Such a hearing will take place within 60 days after the suspension order issued by AMB on January 4.

Dr. Crawford is only one of four physicians to have their licenses to practice allopathic medicine (essentially Western medicine) in Arizona suspended by AMB over allegations of overprescribing controlled substances in the past year. Opioids such as oxycodone and hydrocodone are highly addictive to patients if not properly rationed and could result in patient death by overdose. In scores of cases, patients addicted to opioids have switched to less expensive heroin.

AMB opened the case against Dr. Crawford on May 12, 2017 after receiving a complaint concerning his care of a 58-year-old male patient (identified only as CE) alleging excessive prescribing of opioids. Between June 2010 and May 2017, it was alleged that Dr. Crawford prescribed multiple opioid medication for CE including oxycodone, hydromorphone, fentanyl patches and morphine sulfate ER; concurrent with prescriptions for benzodiazepines and carisoprodol. On May 12, 2017 alone, CE was reported to have received prescriptions for 120 oxycodone (20 mg) pills, 300 oxycodone (15 mg), 300 oxycodone (30 mg) and 60 hydromorphone (4 mg) pills. This resulted in a daily morphine equivalent of 827 mg. This was in addition to other earlier prescription pain meds.

A medical consultant who reviewed Dr. Crawford’s care of CE testified to AMB of “multiple deviations from the standard of care including failure to establish a legitimate purpose requiring controlled substance medications, prescribing inappropriate dosages requiring controlled substances, failure to appropriately monitor CE for aberrant medication usage, and failure to document any improvement in pain and function. Patient CE was at risk of potential harm including addiction, adverse medication reactions, overdosing and death versus diversion to others creating similar problems.”

During the initial investigation, Dr. Crawford was slow to respond to AMB requests for information on CE’s treatment and supplied those records only after 10 requests in writing and by telephone. Dr. Crawford subsequently didn’t attend an AMB hearing on the complaint on December 6, 2017. As a result, AMB sided with the testimony against Dr. Crawford and voted unanimously to limit his medical license by prohibiting him from prescribing controlled substances pending the outcome of a formal hearing.

Dr. Crawford has held a license to practice allopathic medicine in Arizona since 1989. His practice in Kearny is reported to serve many satisfied patients. On the WebMD website, Dr. Crawford is rated at the maximum Five Stars based on three responses.

During the past year, less than half the 99 complaints made against medical professionals AMB investigated and issued reprimands involved improper prescribing of controlled opioid medications. In such cases, the doctor might get a letter of reprimand and an order for additional medical education. In the worst cases short of license suspension, a doctor would have his ability to write prescriptions for controlled substances suspended for a period of time.

Rules governing the prescribing of controlled opioid medications were tightened last year by the Arizona legislature and Gov. Doug Ducey to combat what has been called the opioid epidemic. A Ducey spokesman last fall said opioid addiction was killing about 100 Arizona residents a month.

Under a new law that went into effect last October 1, a Prescription Monitoring Program (PMP) was created. Prior to prescribing opioid analgesics or benzodiazepine, a physician must obtain a patient utilization report for the preceding 12 months from the PMP controlled substances PMP central database tracking system to verify past usage of these substances to make a substance abuse risk assessment. These potential risks, adverse outcomes and complications associated with the use of opioids must then be explained to the patient, along with alternatives to use of prescribed opioids.

Physicians who prescribe opioid pain medications outside of a hospital are required to prescribe no more than five days’ worth (20 pills). This requirement also applies to dentists whose patients have undergone oral surgery.

Medical personnel including physicians, physician assistants and nurse practitioners will be required take a three-hour seminar on the new regulations and the proper prescribing of controlled pain medications.

Gov. Ducey has proposed legislation that would permit bystanders to call 911 if they come upon a person who seems to be suffering a drug overdose without fear of subsequent prosecution.

To combat the opioid epidemic in Pinal County, the Sheriff’s Office is working with the U.S. Drug Enforcement Agency (DEA) through its Heroin Enforcement Action Team (HEAT). According to Sheriff’s spokesperson Navideh Forghani, when a call results in the discovery of a drug overdose, HEAT personnel secure the scene so that DEA agents can conduct an investigation.

Also, through HEAT, the Sheriff’s Office is setting up a program to eliminate some threats of illicit drug use by encouraging people who have unused opioid pain medications to get them out of their home by taking them to designated Medication Drop-Off Sites, Forghani said. In Eastern Pinal County these sites are at the Superior Police Department, 734 W. Main St., Superior; the Sheriff’s Substation at 63701 E. SaddleBrooke Blvd., Suite C, SaddleBrooke; and the Sheriff’s Substation at 28380 S. Veterans Memorial Blvd. near San Manuel. Eventually such drop-off locations will be in all Sheriff’s Office Substations and Walgreen’s drug stores throughout the county, she added. Medication drop-off containers are also available at the Kearny Police Department and the Mammoth Police Department.