Several young athletes from Superior had the opportunity to attend a youth football camp this month sponsored by Roy Lopez who plays for the Houston Texans.

These young elementary and junior high athletes all have connections to Superior and were excited to participate in this skill-building clinic.  The group traveled to the Desert Ridge High School in Mesa to attend the camp hosted by the NFL pro.  There were 300 participants, each received a t-shirt, goodie bag and lunch.  Lopez also taught the participants his signature “Salsa dance” that he does after every sac.

Roy is connected to Superior and the greater Copper Corridor area through his great-grandparents, the late Frank (Pancho) and Rosemary Lopez.  Many of the youth attending the clinic from Superior are related to him through his uncles and aunts. 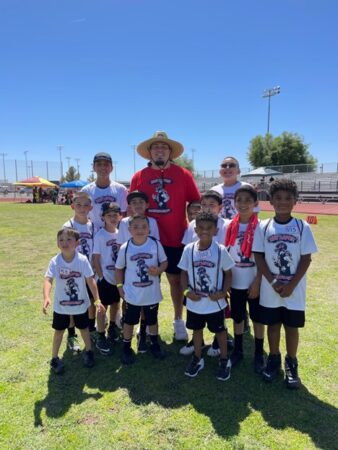