WWII and Korea Veterans honored in Superior: A legacy of service and a tradition of honor

How often in this modern age we forget the people who have molded the history of our country, in particular our nations heroes who served in uniform. The WWII era and Korean War’s historical significance hang heavy when talking about America’s legacy of standing up for the liberty of all peoples around the world. A lesson very relevant in the world today. Those heroes who dawned uniforms and traveled far from home, never knowing if they’d make it back during these conflicts are still in our communities and deserve our thanks and respect for all that they did for our country and the world.

On Feb. 20, the Superior Chamber of Commerce hosted VFW #3584 and its Auxiliary, in coordination with the leadership from American Legion #17, along with about 40 attendees for a luncheon honoring the service of seven men from all over the Copper Corridor.  The event honored these giants among men by presenting them with heartfelt mementos of their service during WWII and Korean War eras. Some were presented with hats embroidered with their era or branch of service, while others were presented with medals of service they earned while overseas. Every single veteran present felt the appreciation and admiration that they have longed deserved.

The next group of veterans that will be honored in Superior will be Vietnam veterans on March 27 at the Besich Park on historic Main Street, in partnership with the Tardeada de Domingo Event, which will celebrate Hispanic culture in Superior. The honoring ceremony will begin at 2 p.m. at the main stage; veterans are asked to arrive by 1:30 p.m. to sign in. Veterans will need to register by March 22 to ensure their spot will be saved. To register call Mike Montiel at 480-272-3786 or email at gmmontiel83@gmail.com.

We ask all community members who can attend the inaugural Tadeada event to show these Vietnam veterans our love and support! We owe them a debt of gratitude they have not yet received, please join us! 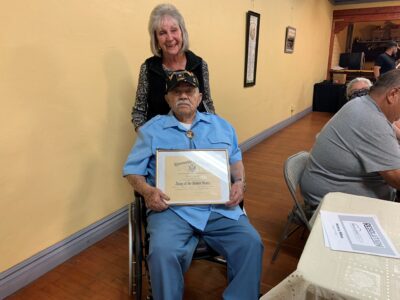 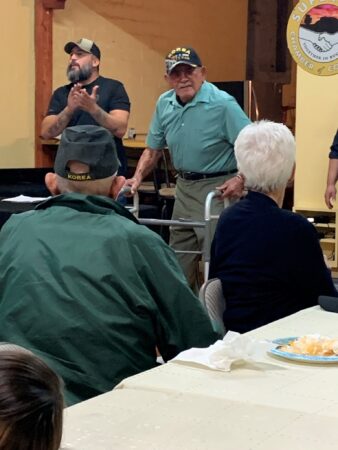 Jose Gonzales of Winkelman accepts a memento honoring his service in Korea. 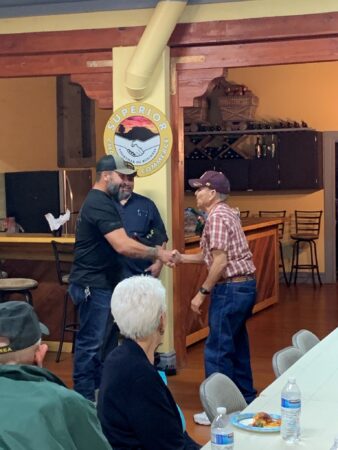 Manuel Aleman of Hayden receives his medal of service. 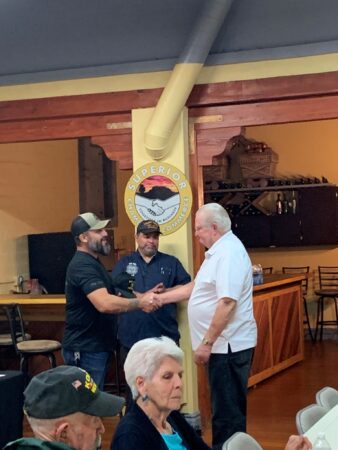 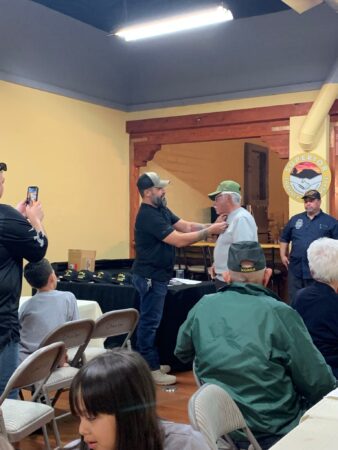 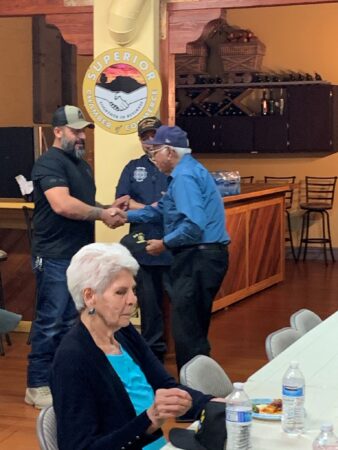 Manny Sanchez of Superior, past Commander for American Legion, receives his hat.