Who could have guessed that the two best 1A softball teams in the state would be from the Copper Corridor?

The championship all came down to Superior vs. San Manuel.

It was the third state championship for the Panthers and the second since 2015 when Superior beat San Manuel 3-0. The Miners took second place last year to Williams and the program finished with an even 2-2 record against Superior this spring.

San Manuel (19-5) earned the top seed in the 1A ranks and Superior (18-6) earned the No. 2 seed this spring and the bracket played out according to plan with the two programs meeting on the final night of play.

This would be their fifth game of the season against the Lady Miners. The Lady Panthers held 2 wins and 2 losses against San Manuel for the season.

The championship game started off with San Manuel pulling ahead by 2 runs in the first inning. In the third inning, the Lady Panthers were able to tie the score by posting 2 runs. The 2-2 stalemate lasted until the fifth inning, where both teams posted 1 run, making it a 3-3 tie. The tie once again continued until the seventh inning, where the Lady Panthers were able to post 3 runs. Keeping San Manuel from scoring, the girls were able to claim the victory, with a final score of 6-3.

Leading the team from the mound was Danika Bryant, who only allowed 3 runs in the last two games, and struck out 29 batters. Myika Cruz did great at the plate, going 4 for 7 with a double and scoring 4 runs in the two games, helping her team win.

“We had contributions from the entire team. It was truly a team effort,” commented coach Alfonso Lopez. “This is a great group of young ladies that would not except going home without winning the last game of the season. That was their team goal from day one, and they worked hard at it all season. I’m so proud of them!”

The Panther families, fans and faithful appreciate the great season and thank the Lady Panthers for representing Superior so well. 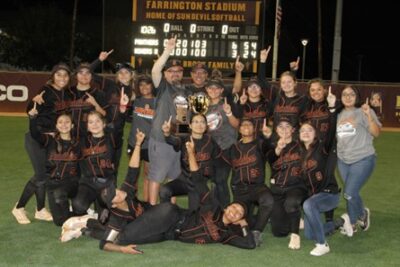 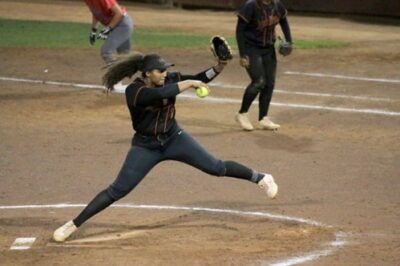 #17 Myika Cruz throws to first for an out. (Deb Torres) 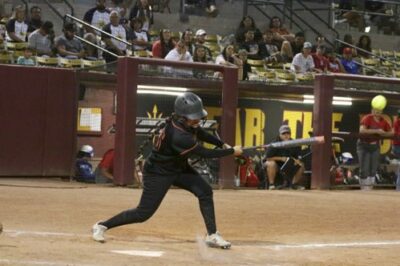 #15 Alianna Lopez with a hit and safe at first. (Deb Torres) 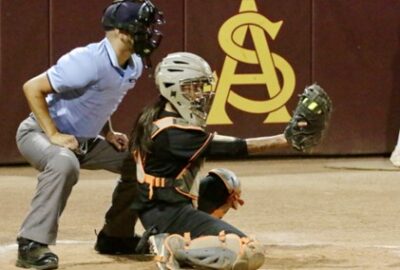 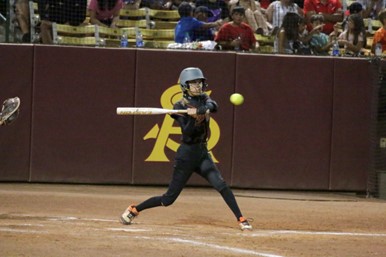 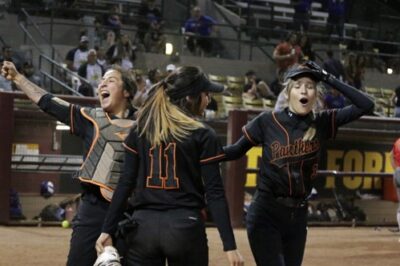