The primary election for Pinal County held on Aug. 2, 2022, has been fraught with one major “human error” after another. 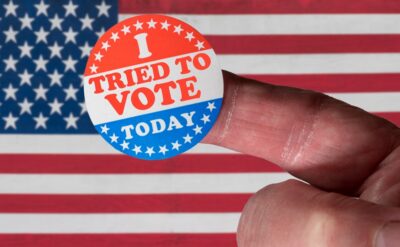 The first error began when the municipal elections for Apache Junction, Casa Grande, Eloy, Mammoth, Maricopa, Superior and Queen Creek were left off the mail in ballots for the Primary.

More problems ensued on election day when several precincts in Pinal County, including the Oracle precinct, ran out of ballots, forcing people to either wait for a ballot or just forego voting.  Voters and candidates waited long into Wednesday to get some results on the elections; the delay in counting votes held up the election results for the Republican Governor and US Senate races.

David Frisk, the elections director, who took the position in March of 2022, was relieved of his duties at Pinal County on Thursday, according to a press release by Pinal County. County Recorder Virginia Ross resigned her elected position and was appointed as the Election Director.  As County Recorder, Ross managed elections in 2014 and 2016.  Ross immediately got to work providing communications on when vote counts would be expected and keeping people informed on the process.  Due to the rapid growth of Pinal County the county formed a separate elections department versus running elections through the recorders office.

The County had a timeline to upload election results to have the Board of Supervisor approve the canvass of the votes on Friday, Aug. 12.  Overall, Pinal County voters voted for Kari Lake for Governor and Blake Masters for Senate. Those were the hotly contested Republican primaries.  Pinal County democrats voted for Katie Hobbs to be their nominee for Governor.  You can view statewide election results online: https://bit.ly/3P9NV7W

The local election results affecting the Copper Corridor communities as of the evening of Monday, Aug. 8, 2022, were:

District 5: Constable Mike Sloan was re-elected.  He faces no opposition in the November General Election.  Justice of the Peace – Republican Ellie Brown won the primary against Rudy Lujan (2,955 Brown – 1,504 Lujan).  Brown will advance to the General Election but faces no Democratic opposition.

Kearny Municipal Election:  The Kearny municipal election was not affected by the errors at Pinal County Elections.  Curtis Stacy (343) beat Thomas O’Connor (85).  Voters in Kearny had three council seats to fill with two candidates running.  Aleyna Boatman 343 and Jackie Jackles 269 won their seats.  The third seat will need to be appointed by the Town Council in January.

Hayden Municipal Elections:  Hayden is in Gila County and not affected by the Pinal County election issues.  Dean Hetrick (124 votes) will continue as Mayor; he ran unopposed.  Bobby Smith (120 votes) will remain a Councilmember and there are three council vacancies that the council will need to appoint residents to serve on the council.

Superior Municipal Elections: Mayor Mila Besich ran unopposed and will retain her seat she received 463 votes with 27 write-in votes against her.  There were three council seats open: incumbents Michael Alonzo (434) and Gilbert Aguilar (333) are leading in their races.  There were two certified write-in candidates running for one of the three council seats.  At press time Amy Byrd was leading with 252 votes, Elizabeth Magallanez was trailing in the race with 139 write in votes.

Winkelman Municipal Elections:  Winkleman has residents in both Pinal and Gila County but was not affected by the Pinal County election issues.  Winkelman has four council seats open and two names on the ballot: Emilia Rutledge  (58) and Angela Skillings (62).  The Council will need to appoint two people to the council in January.

To keep up with the Pinal County election results you can visit the elections web page online: https://www.pinalcountyaz.gov/elections/Pages/home.aspx