Oracle Residents Active in ‘Being Firewise’

The event was very successful, bypassing the 2021 number of participating residents by 40. One hundred twenty residents brought in cut, dead vegetation in truck beds, trailers, and dump trucks. Assisting the residents with unloading the brush were national forestry wildland crews from the Coronado National Forest Catalina-Rincon District, and two California crews from Six Rivers and Tahoe. Approximately 20 Oracle Firewise and CERT members volunteered and managed the event.

Two evacuation kits designed for a quick evacuation were filled with the basic needs (toiletries, flashlight/batteries, water and snacks) as recommended by NFPA and FEMA. The grant funded these boxes which were raffled to the Oracle Fire District residents who participated. Two recipients were awarded the boxes. One wished to remain anonymous and the other was Oracle resident, Dena Boren with daughter, Nicolette. 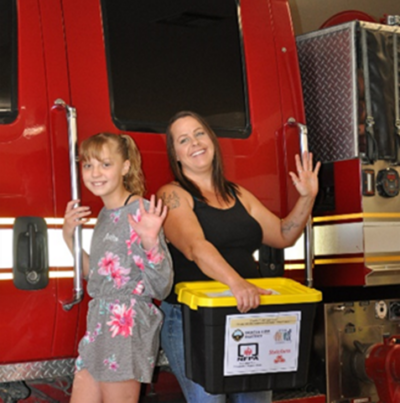 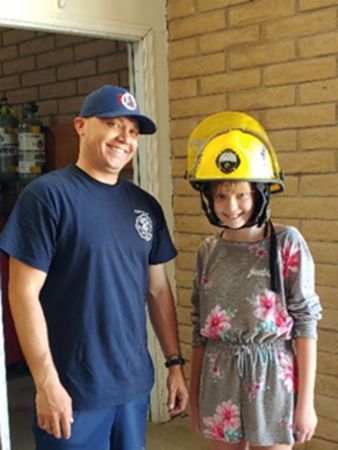 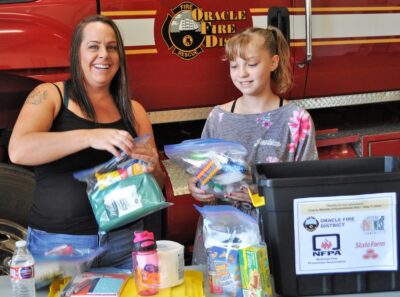 Dena Boren and daughter Nicolette investigating the items in their evacuation box.