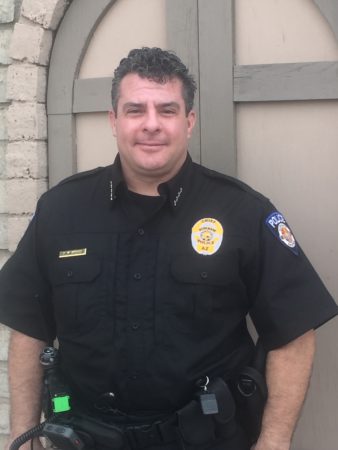 David Neuss was removed as Superior’s Chief of Police after the Superior Town Council voted unanimously on March 8 to terminate his contract with the town. Replacing him as police chief on an interim basis is Sgt. Christian Ensley, a current member of the Superior Police Department.

In voting to terminate Neuss, council members cited a need for the Superior Police Department to move in a new direction, including a return to basic police functions. But members also hinted that their decision was prompted by “critical issues raised during the past week.”

While these critical issues were not raised at the meeting, town government had earlier released a statement, “On Thursday March 1st, we became aware of allegations of misconduct involving a commander with the Superior Police Department. We immediately contacted the Pinal County Sheriff and requested they conduct an internal investigation into the allegations. The Commander is now on paid administrative leave pending the results of the investigation. We are not at liberty to discuss any other facts or details, as this is currently under investigation.”

These issues however prompted Superior government to move quickly to revamp the Police Department complete with new leadership. Being an at-will employee, the Council voted to terminate him now rather than later.

Neuss had been Superior’s Chief of Police for the previous four years and had been promoted to the position from within the ranks. In addition to serving as Chief, Neuss served for several months as interim co-town manager with then Fire Chief Todd Pryor in early 2016 following the resignation of Margaret Gaston in the wake of reports then-mayor Jaime Valenzuela had misused the town credit card.

Interim Chief Ensley has worked as a police officer in all but two of his adult years when he joined a relative’s software business. He has been employed by the Superior Police Department since 2015, holds a bachelor’s degree in administration from Northern Arizona University, and is bilingual (English and Spanish).

Council members voted to give Ensley a trial period through early June to prove he is up to the job before deciding whether to conduct a hiring search outside the town. Several council members indicated they would prefer promoting from within the Superior Police Department to develop a more cohesive link between police and local citizens.

In other Council business, members voted unanimously to create a 4% bed tax on hotel, motel and other temporary lodging inside Superior. The tax would apply to charges made for use of such lodging. The ordinance (18-144) also creates penalties for lodgings not collecting the tax.

The Council voted to authorized the drafting of Request for Proposal advertisements to attract investors to purchase and rehabilitate properties along Main Street owned by the town. These properties the Belmont Building and the former police headquarters. The purpose would be to revitalize Superior’s downtown area by bringing in new businesses that would attract people and generate revenue. Investors attracted by the ads would have two years to initiate a development project or the property would revert back to the town.

Town Manager Todd Pryor presented the Council with the first draft of the Superior Town Budget for 2018-2019 that balances revenue sources and town expenses at $6,515,007.

“Superior faces many budgeting challenges in the next year with significant increases in the cost of employment due to insurance rate and pension fund increases, and the slow increase in the minimum wage,” Pryor told the Council. He bemoaned that most of the salary increases for town employees will go to those with the lowest salaries to keep them ahead of the Arizona minimum wage, which went to $10.50 an hour this year and to $11 next year.

Pryor noted that with the cleanup of the transfer station half done, it will cost Superior another $200,000 to complete. This will draw down the town’s reserves and limit the amount of revenues available for new projects.

However, the town’s cashflow remains positive and cash reserves should increase slightly during the coming year, Pryor said.

Working from the draft proposal, Council members are expected to create a final 2018-2019 Town Budget by June 14.