When Superior comes to town, you don’t know what will happen.

For the men’s team, it was a high-scoring tie.

For the ladies, it was a heart-breaking loss.

The San Manuel baseball team started last week off with a tough game against Superior. The game began with a tied 1-1 first inning. The second inning saw the Miners begin to fall behind on the scoreboard. At the start of the third inning the boys were down by 9 runs. Scoring 8 runs in the third inning, the boys now were only 1 run behind. In the sixth inning, the boys scored 1 run, putting the game at a tie. The Miners were able to keep the Panthers from scoring for the remainder of the game, but they also weren’t able to score any runs in the seventh inning. The game ended with a 10-10 tie.

At their April 14 away game in Bisbee, the Miners suffered a 2-19 loss.

The Lady Miners began last week with a tough loss against Superior. The Lady Miners were able to take a 1-0 lead in the third inning. The fourth inning saw a zero-run stalemate. During the fifth inning, Superior was able to get 2 runs on the board. During the last two innings, the score remained the same, resulting in a 1-2 final score.

The following day, the Lady Miners had another home game, this time against Leading Edge Academy of Gilbert. The girls started the game by putting 11 runs on the board during the first inning, 10 runs more than LEA. The Lady Miners kept control during the entire game, ending it with a 20-4 final score. Katie Yonkin lead the team at bat, with 3 hits, and 5 RBIs. Yonkin also lead from the mound, pitching 5 innings, collecting 20 first pitch strikes, and 7 strikeouts.

The girls ended their three consecutive days of games with an away game against Bisbee. The first inning of the game ended with a 2-2 score, but the Lady Miners were able to break out of it with a 9-run  inning. For the remainder of the game, Bisbee tried to catch up, but the Lady Miners kept growing the score gap. The game ended with a 25-8 final score.

Up next for the Miners: On Thursday, April 21, the Miners and Lady Miners will host Santa Cruz Valley in 4 p.m. games. On Friday, the Panthers come for another game against the Miners. First pitch is at 3:30 p.m. On Tuesday, April 26, the JV and varsity softball teams will travel to Miami to face off against the Vandals. JV plays at 2 p.m. and the varsity at 4. The boys will be in Tempe for a 4 p.m. game against Tempe Prep. 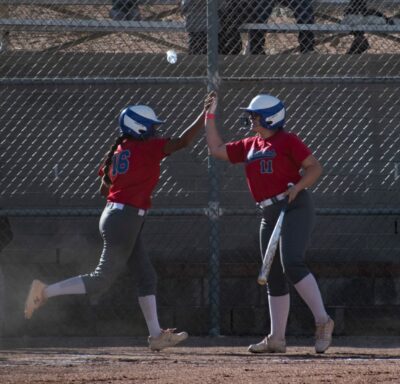 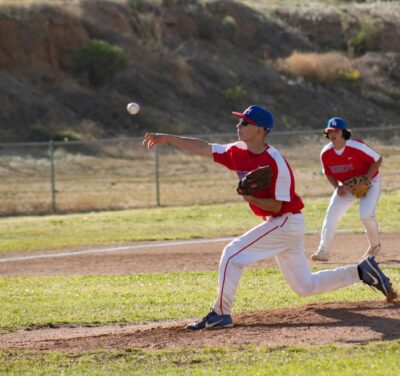