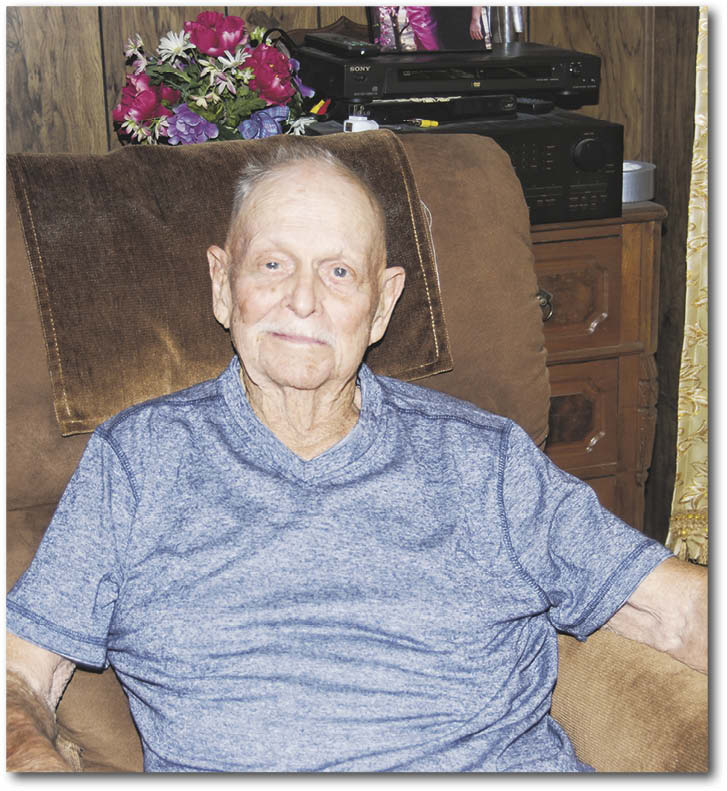 Malcom “Mickey” Johnson (he prefers to be called Mic) was raised during the Great Depression in the state of Washington. Having experienced those hard times, Mic knew the value of a job. He graduated high school in 1938 and worked as a page in the state senate and a laborer for the highway department. When he was 19 years old he found himself working for Morrison-Knudsen Company, a construction contractor.

In April 1941, he traveled with the company to a sub-tropical place called Wake Island in the Pacific. The company was contracted to build a naval base on the remote group of islets which included Wilkes, Peale and Wake. It was a good paying job, $120 a month plus room and board. The workers could make as much as $500 a month working overtime which was a very good paying job in the 1940s. There wasn’t much to do on the island which allowed them to save their wages. Many of the men sent money home to help their families.

On Dec. 7, 1941, the Japanese attacked the American naval base at Pearl Harbor on the island of Oahu, Hawaii. Within hours of the attack, Japanese planes began bombing Wake Island on Dec. 8. On the day of the attack there were 450 Marines, 68 U.S. Navy personnel, and 1,200 civilian workers from Morrison-Knudsen on the island. Pan American Airlines also had civilian personnel on the island including 45 Chamorro (indigenous people of the Mariana Islands) employees.

The forces at Wake Island were not prepared for the bombing attacks and invasion that followed. The naval base had not been completed and they were without radar. Firearms were unavailable for 20 percent of the military personnel. The Marine aviators had 12 Gruman Wildcats for air support. They had received word of the attack on Pearl Harbor and the commanding officer ordered four planes in the air to look for the approaching enemy but the visibility was poor that day. Thirty-six Japanese bombers strafed and bombed the airstrip destroying seven of the planes and damaging the eighth.

On Dec. 9, a Pan American Clipper flying boat that had survived the bombing evacuated the Pan American workers flying them to Hawaii. The Pan American Chamorro workers were left behind. Japanese planes continued to bomb daily for the next three days. At night the Marines aided by civilian workers including Mic Johnson would move the gun batteries to different locations. They would also erect wooden “dummy” gun placements to confuse the enemy bombers. Mic said that about a month before the attack, the civilian workers who volunteered to fight began training with the Marine gun battery crews.

The Japanese invasion fleet arrived on Dec. 11. At dawn their warships began shelling the island as they prepared to attempt a landing. The Marine shore batteries and four planes were able to repel the first attack. The Japanese did not attempt to land troops as they suffered 500 dead when the Americans sank two destroyers and damaged a cruiser. It was a humiliating defeat for the Japanese and one of the first victories for the Americans in the war.

On Dec. 23, a larger fleet returned. In the dead of night they landed over 1,000 Japanese Marines on the islands. The Americans fought valiantly but were badly out numbered. Some of the civilians found weapons and fought side by side with the Marines. Most of the civilian workers were unarmed and hid in foxholes and in the brush. Realizing his troops were overwhelmed and that there were nearly a 1,000 unarmed and unprotected civilians that could be massacred, Commander Winfield Scott Cunningham gave the order for the Americans to surrender. Major James Devereaux under a white flag delivered the surrender order to his men.

During the 15-day siege, 49 United States Marines were killed, 70 civilian workers died and 12 were wounded. Mic Johnson was one of the wounded hit in the shoulder and arm by bullets. He also suffered a bayonet wound. All of the soldiers and civilians were taken prisoner. Mic was taken to the hospital for treatment of his wounds. The next day all of the prisoners were taken to the airfield where they were made to stand in the heat. Mic, weakened from his wounds, had to be propped up by both men standing on both sides of him. The prisoners received little food and the water they were given was contaminated by the fuel cans it was served from. The cans had not been cleaned and still contained some gasoline in them.

The Japanese, angered by the heavy losses they suffered in taking the island, treated the prisoners brutally. Many Americans had their arms tied behind their back with telephone wire with another loop tied around their neck with the other end around their wrists. If they tried to stretch and lower their arms they strangled them selves. Prisoners were stripped naked or to their underwear and forced to sit on the hot concrete of the airfield. Personal valuables were taken. Machine guns were placed in positions surrounding the prisoners. The Americans did not know if they were to be massacred. It was a fearful time of uncertainty. For the next 10 days, they were given little food and drank the contaminated water. On Jan. 11, 1942 a Japanese officer told the prisoners they were to be transferred off the island the next day.

NEXT WEEK: Voyage on the Nitta Maru & the Prisoner of War Camps