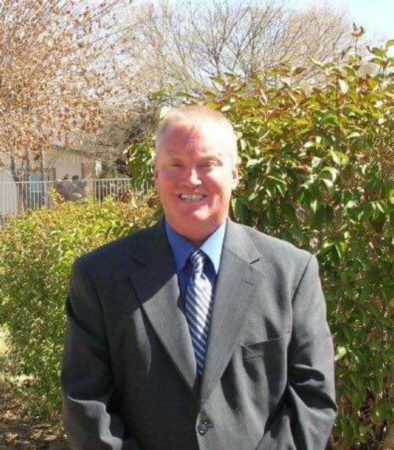 For those of us who knew Larry Ramirez, we remember him to be a giving, caring person. He always (ALWAYS) had a smile on his face and a laugh in his voice. He had this ability to bring out the best in you and could charm a shy child into talking and smiling right back at him.

Larry was one of the first people that my family met when we first relocated to San Manuel. Our daughter was one of those shy kids. She and Larry had an immediate and amazing bond. And he was my friend.

At Larry’s celebration of life, several of the speakers urged those in the audience to live our lives like Larry lived. Pay it forward. Be kind to others.

Something happened this week that brought this home to me.

I was shopping last week in Oro Valley and had the misfortune to be stuck in line behind someone with a LOT of groceries during a time when the computers at the store were malfunctioning. I struck up a conversation with another customer who was ahead of me in line. We chatted about nothing in particular but were both astonished at the amount of groceries the person ahead of us had.  At this point another cashier ushered me to an open line to ring up my groceries.

When I was finished at the cash register, I took my shopping out to my car and began to load up. Oddly enough, the customer I had been chatting with was parked right next to my car and so we continued our conversation from before. I was curious about how much the person ahead of us had spent on her groceries (it was a LOT of groceries).

“I didn’t see how much the total was,” the lady told me. She said that at one point the other customer started putting items back, as if she didn’t have enough money. “I gave her $20,” the lady said.

She said when it was finally her turn with the cashier, he told her that he wished she hadn’t given the lady any money. “She does that every week,” he said.

“I felt bad when he told me that,” the lady said.

I told her that she shouldn’t feel bad about helping someone out. To my reckoning, she was paying it forward and that was good karma. I found myself telling her about Larry Ramirez and that what she did was a beautiful example of living like Larry. She was moved by his story and even showed me the goosebumps she had on her arms from the story. She said that the saying Live Like Larry should be on a T-shirt. (I really think Larry would like that.)

I’m thinking that we should start a movement – #LiveLikeLarry or #WhatWouldLarryDo. No T-shirts or bumper stickers are required.

I’m up to the challenge. Are you?