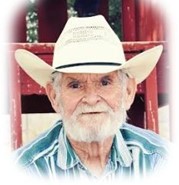 On the evening of July 23, 2022, John Bigbey claimed his heavenly home and passed from this earth. John was born to Homer and Mary Bigbey in July 1941. He chose a career with the copper mines. He worked for Phelps Dodge in Tyrone, NM while raising his family and retired from Asarco in Arizona.

He married the love of his life, Rella Bigbey, in July 1968 and together they raised 4 children.

John was an avid fisherman and enjoyed gardening and raising animals. His heart’s desire, though, was to show as many people as possible the way to heaven. His sense of humor and positive attitude were wonderful assets. He could make you laugh in your darkest hour.

John was preceded in death by his parents, Homer and Mary and his siblings, Laddie (Homer), Courtney, Juanita, Anita and Ahnawake (Patricia). He was also preceded by his beloved son-in-law, whom he considered to be a son, Mark.

He is survived by his wife of 54 years, Rella; his children, Jeanna (Chris), Janna, Jennifer (Ben) and Jeremy (Amanda); 16 grandchildren; 3 great-grandchildren; his sister, Kay, and many nieces and nephews who greatly respected and loved him.

A memorial service to honor the life of John Bigbey will be held at San Pedro Valley Baptist Church in Dudleyville Saturday, August 20, beginning at 11 am.

Mr. Bigbey passed away last month in Chandler where funeral services were held followed by burial in the Veteran Cemetery in Phoenix.

He was a deacon in the Dudleyville church where he had been a member for 30 years. Pastor Anthony DaCunha will lead the service. A potluck Mexican meal will follow the service.