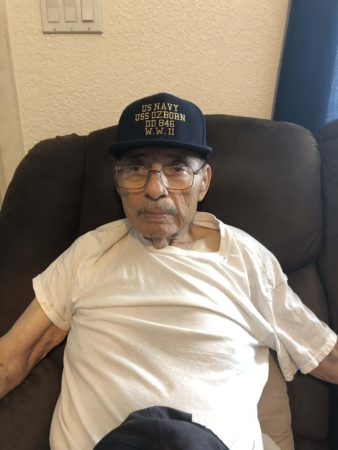 Joe Castro, a lifelong resident of Superior, has been selected to be one of thousands of Veterans who have been selected to visit Washington D.C. to see the World War II memorial and Smithsonian Exhibits that tell the stories of the American Veterans.

The Honor Flights are a collaboration of non-profit organizations dedicated to transporting as many United States military Veterans to visit the memorials of the wars they have fought in.  Castro is expected to make the trip to Washington, D.C in late May as long has his health allows him to travel.  He will be assisted on the trip by volunteers who donate their time to assist the Veterans on their journey.

The Honor Flights are sponsored by Southwest Airlines from Phoenix, and when the Veterans enter the airport and exit the airplane, the airport comes to stop as fellow travelers stop to clap and salute these Veterans.  For many of the Veterans, this may be their only chance to visit the monuments and see how their service is memorialized in our nation’s capitol.

During a brief visit with Mr. Castro, he shared that he had served in the United States Navy.

He was a master forger and lied about his age to get in the Navy at 16 years old.  He served for four years in the seas near Japan on an amphibious assault ship.  He shared in his visit that he experienced things that shaped his life, both good and bad.  He made many friends and expressed how he wished his fellow local veterans Tino Diaz-Gonzales and Ray Ramirez could make the trip with him to Washington D.C.

As the days and years have gone by, he wants to make sure that Superior does not forget the Veterans who have served in all of the wars. 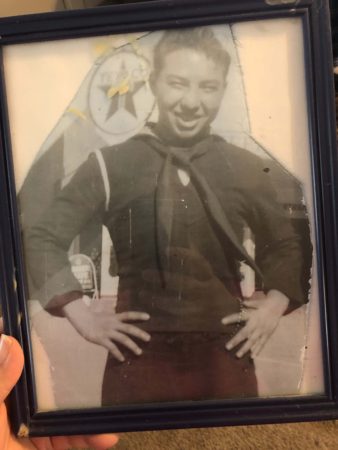 Joe Castro as a young sailor.

“I hope that there is always respect for the Veterans who have served, and that their stories are somehow told, especially as the community grows,” he said.

Mostly he wants to make sure that the service of his friends and family are never forgotten.

“This is not about me; it is about my friends who have served,” he said.

Castro, shared that coming back to Superior and seeing the smelter as he got closer to town was a reminder that he was home.

“The smelter stack was our monument, a landmark,” he said.  “You knew you were home as soon as you saw it.”

Following his time in the service, Joe worked for mines and eventually retired.  He enjoyed serving a coach and organizational leader with the Superior Little League.  He was the coach of the Boys Senior League team who went to Kentucky for the All Star Games in the 60’s.  An honor and privilege that he is proud of, just as he is proud to have served in the military.

Author’s Note:  Just following the visit with Mr. Castro, his health took a turn for the worse.  He passed away on March 17, 2019. This story was published on March 13, 2019 in the Superior Sun.

Mila Besich is a resident of Superior with two children. She volunteers for many local organizations. She is an experienced fundraiser and event planner for Copper Corridor Economic Development Coalition. She covers some of the area town councils and schools.