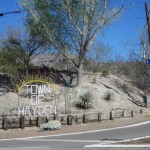 On April 17, 2022, at 2:30 a.m., Hayden Police were dispatched to 900 Gila Avenue in Winkelman (The Winkelman Flats Park) in response to a shooting that had just occurred. Upon arrival, responding officers secured the scene and began an immediate search for the suspect and any potential victims. Officers learned that one victim had sustained a gunshot wound from a shooting that took place inside the park. The victim was transported to a hospital by ambulance with wounds that were significant but considered non-life threatening at this time. The suspect, however, fled on foot prior to the officers’ arrival.

Through their initial investigation, officers learned the victims and suspect had earlier engaged in some type of altercation, which later led to a confrontation with a large group.  During the confrontation, the suspect produced a firearm and shot the known victim and possibly others.  There were other shooters that exchanged gunfire with the suspect.

The Arizona Department of Public Safety Air Unit (Ranger) was called to search for suspect and any additional victims.  None were located.

The Hayden Police Department processed the scene, interviewed witnesses, and immediately begin investigative follow-up. Officers will continue to work to conduct their investigation.

The suspect was described as an unknown male adult, wearing dark clothing with a beard or facemask that fled on foot to the east of the scene.

Anyone with additional information is asked to contact Officer Brandon Gomez at (520) 363-5566 or email at bgomez@townofhaydenaz.gov.