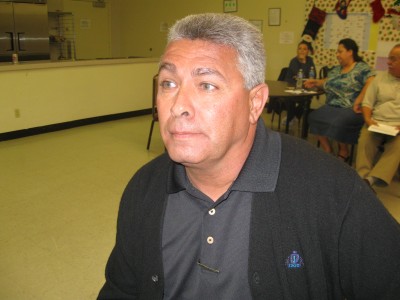 A State Grand Jury issued an indictment against Jayme Valenzuela, Mayor of the Town of Superior, charging him with one count of theft, a class 5 felony, Arizona Attorney General Mark Brnovich announced on July 8.

town’s debit card on eight separate occasions to obtain a total of $2,300 in cash between August 2013 and December 2014. Two of the withdrawals were made at the Wild Horse Pass Casino in Chandler, and the other six withdrawals occurred at various bank machines in Maricopa and Pinal Counties.

The Grand Jury determined that these actions constituted enough evidence to warrant a trial. Valenzuela (named in the indictment as Frank Jayme Valenzuela) was thus served with a summons to appear in court on August 04, 2016 at 8:30 a.m. at 175 W. Madison, Third Floor, Phoenix.

If convicted, Valenzuela could face up to 2.5 years in jail. However, should Valenzuela having repaid the funds plus transaction fees following the audit be seen by a jury as a mitigating circumstance, the sentence could be as little as probation, said Mia Garcia, public information officer with the Attorney General’s (AG) Office.

The case is being prosecuted by Assistant Attorney General Sheila Madden.

No matter what the outcome of the trail, Valenzuela will not be returning to his high-paid job with the Pinal County Detention Center in Casa Grande, where for several years he served as a commander in charge of contracts and supplies.

Since the AG launched its investigation in February, Valenzuela had been put on paid administrative reassignment. However in June it was reported that Valenzuela had gone on a paid leave of absence for reasons of stress.

That Valenzuela in his position as Mayor of Superior exceeded his lawful authority by using the town debit card for purposes other than town business was revealed at the December 2015 Town Council meeting during a hearing on whether to retain Town Clerk Rachelle Sanchez beyond her six month probationary period. Sanchez told of four undocumented withdrawals of funds made at ATMs from the town debit card at Valenzuela’s disposal. Valenzuela admitted making the withdrawals, said they were a mistake, and would repay the funds. In a subsequent vote on Sanchez’s employment, Valenzuela cast the deciding vote to terminate her.

The auditing firm of Colby & Powell LLC was brought in by the Town Council to check the town’s financial records, and the subsequent report found twice as many withdrawals at Sanchez discovered. Council members thus voted to request that the Arizona Department of Public Safety to conduct a criminal investigation into the findings of the auditor’s report. The probe was turned over to the AG in February.

Although Arizona statutes bar a convicted felon from holding governmental office, whether Valenzuela will continue to serve as Superior Mayor while under indictment is unsure. Town Manager Todd Pryor referred the Superior Sun to Town Attorney Stephen Cooper, who was unavailable for comment as of 5:00 p.m. July 8. But a recall election to determine if Valenzuela is to remain in his elected position is set for August 30, where to alternate candidate is Councilman Mila Besich-Lira.

All defendants are presumed innocent until proven guilty in a court of law, Brnovich added.