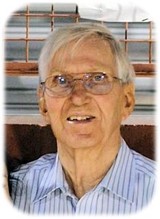 Dixon Allen Faucette, 84, passed away Aug. 10, 2022, in Mesa, Arizona. He was born May 22, 1938, in Alamosa, Colorado, to Francis Allen Faucette and Cora Millie Crowther Faucette of Sanford, CO, where he grew up.   He is married to Patricia Elliott Faucette.   He raised six daughters.

Dixon will be lovingly remembered and genuinely missed by all that knew him.  He was known for his intelligence, his sense of humor, his hard work, and his love of life.  He loved to laugh, and we loved to hear that.  The absence of his ever-serving hands and devotion to his family will leave a void which will be difficult, if not impossible to fill.

Dixon loved life and experienced it to the fullest.  He attended Adams State College in Alamosa and worked for the D&RGW Railroad.  He earned a master’s degree from New Mexico Highlands and attended a Doctoral program at ASU.  He loved Mathematics and taught college math, physics, chemistry and astronomy at Mesa Community College and Central Arizona College, where he received the President’s Excellence Award.   He served as Academic Department Chair, Instructional and Executive Dean.   He would ask his children and grandchildren math questions to keep them sharp.

He loved sports; played basketball and football, coached both at Agua Fria High School, winning three state basketball championships and a runner-up in five years and was selected as Assistant Arizona All State Basketball Coach.  He bowled and won several trophies with his brothers, Walter and Phil.  He loved table tennis and playing cards.  Most of all he loved fly fishing and was in heaven when he was with his dad fishing, and occasionally out-fished him.

When not teaching, he built several homes.  He owned a small airplane and would fly to Colorado.  He liked to travel to see family.  He helped family with many projects.   Family was central to him.  He had 9 siblings included Walt (D) and Connie, Glenn (D) and Barbara, Phil and Ginger, Paul and Elaine, Myron (D), Cora and Tom Caldon, Kelly and Sharon, David and Carolyn, and Floyd and Roberta.

Dixon raised 6 daughters.  He married Sandra Goimarac and had two daughters, Cindy Sue (and Darwin Anderson), Brenda Renee (and Robert Wakefield.)  He later married Rose Rice Hemmie and helped raise her daughters, Susan Hemmie Ottney and Jeanie Hemmie and they had Kristi Lynn (and Terry Peterson.)  He later married Jeanette Sena who was killed in an accident in 1985.    He then married Patricia Elliot in 1991 and helped raise her daughter, Melissa (and Evan Lopez), and sons, Kevin Charles and Patrick Douglas (and Terry McPeak).

Above all, he loved God and followed Jesus Christ.  He was an active member of the Church of Jesus Christ of Latter-day Saints and most enjoyed working in the Mesa Temple for 8 years.

He was challenged by Ataxia and in the last years had great difficulty speaking and walking.   This was considered a terrible challenge, but Dixon responded, “I am glad. I would not change having it.  I had to have it to become a better person.”  Dixon was a great man and perhaps after giving help to so many, working and serving he learned to receive and better understood receiving the gift of Eternal Life.

He loved each visit, each call, each time someone helped him and would thank all so graciously and sincerely.  He loved each of his family, loved to laugh, to help others, and will be greatly missed.  A special friend of 80 years is Donald Poulson.

Dixon is now with his Savior and reunited with his parents, his brothers, Walt, Glenn, and Myron.  He can talk and walk and is flying high.   He has learned what he needed to learn and passed the great and final examination.  He bids that we learn from him and follow his good example.