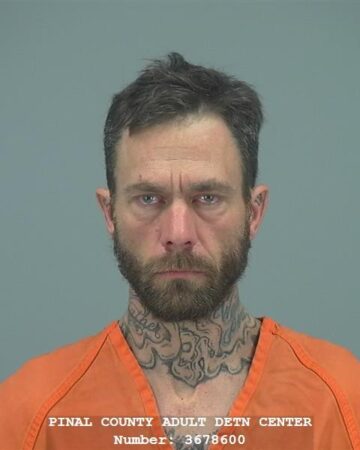 Pinal County Sheriff’s Deputy Joel Chase is home from the hospital and recuperating following an officer-involved shooting in Dudleyville.

On Wednesday, March 30, at approximately 7 p.m., Deputy Chase was responding to a trespassing call in the 6000 block of Horseshoe Dr., Dudleyville. When the deputy arrived on scene, he was shot by the suspect, later identified as Jason Forrester, 39. The deputy returned fire, striking the suspect.

Both were transported to hospitals for medical care.

Chase, who has been with the Pinal County Sheriff’s Office for two years, was released from the hospital this past weekend following surgery.

Forrester remains in the hospital and, according to the Pinal County Sheriff’s Office, his condition continues to improve. Forrester also had an active warrant for dangerous drug possession. Lauren Reimer, Public Information Officer for PCSO, said, “He has previously served multiple sentences for burglary, weapons offenses, aggravated assault and drug violations.” It was not known what charges he faces for Wednesday’s shooting.

“Great partnerships,” he called them, adding they “couldn’t have done this without them.”

He also thanked the Pinal County Deputies who also responded to the incident “who remained calm and who ultimately saved our deputy’s life.”