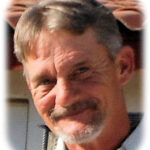 Curtis Lee Thomas Hightower, “Curt”, passed away on Saturday, Feb. 12, 2022, at his home in Kearny, AZ. Curt was born on April 18, 1962, in Ajo Arizona to Terry Thomas and Dorothy Hightower. He was later lovingly adopted by Bob Hightower.

Curt graduated from Ajo High School in 1979, where he lettered in track and field. Curt attended Central Arizona College where he graduated with a degree in Heavy Equipment Operating in 1983. Curt joined the US Army in 1986 where he earned the rank of Sergeant, specializing in parts and equipment. During his service he was in Desert Storm and served three years with the 82nd Airbourne unit stationed in Vicenza, Italy. Curt worked many years for Aims Construction where he retired as drill and blast foreman.

Curt’s hobbies included playing golf, riding his quad in the desert, watching NASCAR and was a member of the Elks Lodge. He had a big heart and was always willing to help people out.

Curt is preceded in death by his fathers, Terry Thomas and Bob Hightower. He is survived by his son, Terry Hightower of Winkelman; daughters, Casandra Wade (Thomas) of Kearny and Amber Johnson (Jorden) of Goddard, KS; grandchildren, George and Kassidy Wade, Misty and Lilly Hightower, and Jacob and Wyatt Johnson. Curt also is survived by his mother, Dorothy (Dee) Hightower of Ajo, AZ, sister, Lora Cash of Tempe, and brothers, Allen Hightower of Gilbert, and Roy Hightower of El Paso, TX.

The family was assisted with exceptional service by Griffith Mortuary.