Citizen of the Year to be chosen next week; four nominated 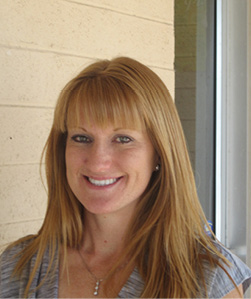 Five local residents were nominated for the Copper Basin Chamber of Commerce 2012 Citizen of the Year with multiple letters. One nominee declined and the other four include Rita Aranda-Pina, Martina Burnam, Amanda Kelley and Joe Weller.

The COY will be announced Monday, Feb. 25, during the annual dinner being held this year at Rosalia’s in Kearny.

According to the panel of judges, all of the nominees are deserving of the honor of Copper Basin Citizen of the Year, but only one can be selected. The panel consists of past COYs who met last week.

Rita Aranda-Pina’s nomination letter cited her devotion to the Hayden-Winkelman Little League program. She has served the program for the last four years as president and volunteered about 500 hours of her time during the six seek program and did it with a smile, according to the nomination letter.

She held registrations, did all the shopping and cooking for the concession stand, made sure the league was in compliance with the International Little League, traveled out of town for meetings with the district representative and missed her child’s away games because she stayed home to run the concession stand.

In 2012, her son did not play ball because there were no other junior teams to play. Despite this Rita remained as the H-W Little League president.

The letter went on to state that in addition to being the league president she is also known as the “Kool-Aid Mom” of Winkelman. Area kids meet at her house. She picks them up and takes them and also feeds them. She makes them feel safe and they have a good time.

“Because of Rita’s tireless hard work during the hot Arizona summer, the kids and community members benefited from having their Little League organization continue in the Copper Basin area,” the letter said. “Rita should be recognized as Citizen of the Year for her wonderful efforts and dedicated service to kids in our area.”

Martina Burnam was nominated several times and was cited for her many qualities including being a leader, motivator, helper and giver.

One letter stated that “she is without a doubt someone who does what she does for the sole love of her community, not for fame and recognition.”

Martina is vice-president of the Copper Community Action Board (CCAB). This group has helped facilitate different activities. Last April, the group helped the town of Winkelman host a Breakfast on the Bride to commemorate Earth Day. CCAB also helped paint a house in Winkelman with Martina purchasing the paint.

She also aided in 2012’s Haunted Night at Pinitos Park and helped with the H-W Christmas Light Parade.

Martina has been a member of the Copper Basin Chamber of Commerce for year and has spearheaded Winter Wonderland for four year and has help with Pioneer Days for eight years. She has assisted with the Great Punkin and has been a Board member of the Chamber for four years. She had also advocated through the Chamber for activities in the Hayden, Winkelman and Dudleyville areas. She started the Copper Basin Idol contest in 2005. This event is held in the H-W auditorium and she also brought the Women’s Expo to Winkelman.

“Martina is very quiet, but she is an inspiration and a role model of what a true citizen should be. I every person in this world would have her heart, compassion and love for their fellow man as this person demonstrates over and over again the world would be a better place,” stated another nomination letter.

Amanda Kelley was nominated because “aside from being a wife, mother of three, a student working towards her CPA and a business owner she does so much more,” according the her nomination letter.

She not only coaches soccer, she organizing teams, game days and times which have to be coordinated around school activities and fund raisers. AYSO soccer has had a significant increase in youth enrollment in the past five years since she introduced the program to the community. She also coaches Kearny Little League and San Manuel-Mammoth basketball.

Amanda is president of the Ray Primary Parent Teacher Organization which she started with Lisa Bradford five years ago. This organization does fundraisers throughout the year to benefit students and the staff.

The nomination letter went on to state that Amanda does what she does because she Wants to. “I feel that the children are the future of our community. Amanda, unselfishly does so much for our community by bringing parents, grandparents, teachers and businesses together for our children.”

Joe Weller also received multiple nominations and is cited for his participation in countless volunteer activities including volunteer worker at the Copper Basin Food Bank, member of the Pioneer Day Parade and Electric Light Parade committees and Trustee, Treasurer and Leadership Team member of the Church of the Good Shepherd.

He is also provider of maintenance at the Church of the Good Shepherd’s property and grounds and serves as the coordinator of the NOMAD program. This program involves two teams of retirees each year from throughout the U.S. who travel to Kearny to work on projects for the church and other areas of need in the community. Joe plans all work projects, prepares complete hardcopy specifications for all projects and procures necessary supplies. He also makes many trips out of town to get supplies using his own vehicle during the NOMAD visits

Joe is also a participant in the ADOT highway cleanup program for the area designated to his church and is engineer, conductor and maintenance person for The Good Shepherd Express, a miniature train for youngsters to ride during community events throughout the Copper Basin area.

He is a member of the Town of Kearny’s VIPS (Volunteers in Police Service). As a VIP, he patrols Kearny, assists in traffic control when necessary and delivers Town Council packets.﻿

Other activities include performing maintenance on the rock waterfall located on Alden Rd. as a continuing member of the Kearny 50th Year Anniversary Committee. He has donated his time and use of his personal vehicle to make round trips to Eloy to pick up garbage barrels for the Town; traveled to Tucson to purchase parts for lights at the Town Yard and then installed the parts to make the lights functional again.

He also designed and installed the shade ramada at the Kearny Pool.

Besides volunteering the above activities, Joe also assists neighbors and friends who may need a little help in situations such as rides to medical appointments, airing up vehicles tires, vacation house watches and grounds upkeep.

It was the consensus of all who wrote nomination letters for Joe that he deserves the COY award for all his unselfish giving to the community. 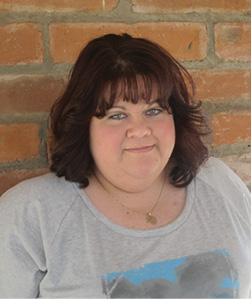 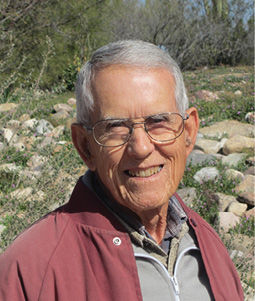