The Lady ‘Cats came out to play last week, winning both of their games. 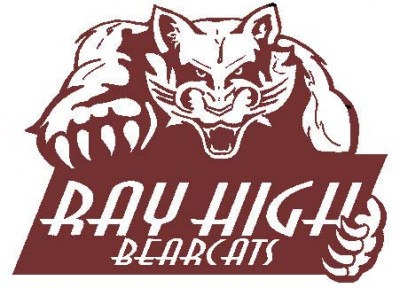 On March 31, the Ray softball team traveled to Gilbert to play against Leading Edge Academy. The girls were relentless against LEA, defeating them with a final score of 22-1.

Jocelyn Ruiz, Mia Barragan, and Malena Goad each had 4 runs, followed by Bella Wernett, McKenzee James, and Madison Kenny with 2 runs each. Jocelyn Ruiz had 5 RBIs during the game.

The following day, the Lady ‘Cats hosted Fort Thomas. Once again the girls came out ready to play ball. They were able to score runs during each inning. The game ended with Fort Thomas being unable to breakthrough the Lady ‘Cats’ defense. The final score was 13-0.

McKenzee James lead the team with 4 runs, followed by Malena Goad with 3 runs, and Bella Wernett with 2 runs.

The Ray baseball team spent last week on the road traveling to their games. Their first game of the week found them in Bisbee, playing against the Pumas. The Bearcats spent their game trying to catch up to Bisbee, but struggled to break past their defense. In the end, the boys were only able to post 6 runs, losing to the Pumas with a final score of 6-14.

Tracon Naranjo lead the team with 2 runs. Jack Warren had 3 RBIs and Johnavon Pace had 2 RBIs.

The following day, March 31, the boys traveled to face off against Lincoln Prep. The boys came out strong, posting runs for the first four innings, and only giving away 2 runs in the fifth inning. The Bearcats were able to claim the victory over Lincoln Prep, with a final score of 13-2.

Naranjo and Pace lead the team with 3 runs each, followed by Reggie Lechuga and Jon Beede with 2 runs each. Naranjo had 3 RBIs, followed by Pace and Warren with 2 RBIs each.