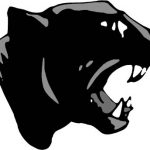 The third-ranked Superior baseball team slugged nine of its 11 hits for extra bases in last Tuesday’s 11 – 1 mercy-rule victory against visiting Arete Prep. With the win, the Panthers remain undefeated (5 – 0) in the 1A East Region and atop the standings.

Junior Gabe Castillo starred at the plate and on the mound, hitting a pair of doubles and earning the complete-game win after fanning 11 Chargers’ batters.

Castillo was one of three Panthers’ hitters to hit two doubles – Matthew Cruz and Daniel McConnell, who also tripled, were the others. Gabe Otero and Adam Navarrette also hit doubles in the game. Cruz, a freshman, went 3-for-3 with two RBI’s.

Castillo, who was making his third start of the season, won his third-straight decision after scattering five hits in six innings pitched, allowing an earned run with a walk to go along with the 11 K’s.