The need for copper, the 29th element on the periodic table is increasing.  Everyday, we use copper to run the water through our homes, power our electricity, turn on our cars, and of course use our phones.  Copper is everywhere, and it is the leading mineral in green energies such as wind turbines and solar panels.

Arizona continues to be one of the leading Copper producers. According to the Arizona Mining Association, the Arizona Mining Industry provides over 43,400 local jobs and contributes $4.29 billion to the state’s economy.  Those who don’t live near an active mine, often think that mines are closed in the area, however there are still many mines producing copper including Capstone Pinto Valley, ASARCO-Grupo Mexico in both Kearny and Silverbell and Freeport McMoRan operations in Miami, Safford, Sahuarita, Baghdad  and Morenci.  Expansion of the mines in Baghdad is spurring some development of housing and community development near Wickenburg.  The demand for Copper has also impacted the unemployment rate, which is currently the lowest in recent history, each of these mines are actively recruiting for their workforce. 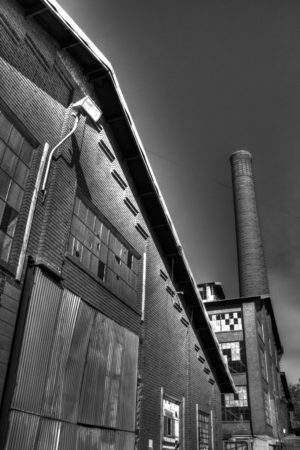 Clean up of the Magma property in Superior continues. Resolution plans to knock the smelter, smokestacks and surrounding buildings down this month. Photo by Cat Brown.

Resolution Copper continues to proceed with their environmental clean up of the legacy Magma Mine operations in Superior.  This fall, the iconic smelter structure will be demolished, signaling an end of an era but also ushering a new opportunity for Superior and the Copper Corridor as the Resolution Copper project will meet another milestone.  ASARCO is working with Central Arizona Government on lead abatement in homes near Hayden and Winkelman to mitigate for previous smelter emissions.

Arizona is home to two of the three working Copper smelters in the United States and both are in the Copper Corridor Region.  Groupo Mexico – ASARCO Hayden and Freeport McMorRan Miami Smelter have completed most of their environmental upgrades, which were mandated by the Environmental Protection Agency Clean Air Act.