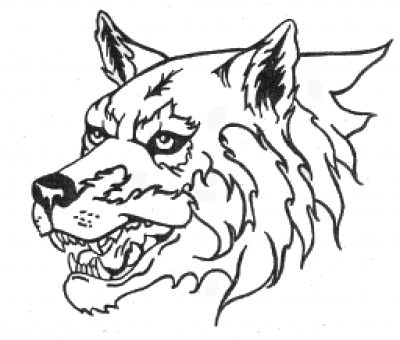 The Hayden football team made the more-than three-hour trip to face Salome in the quarterfinals of the 1A state playoffs last Friday night. If you’re going to drive that far, you might as well win, and the fifth-seeded Lobos did just that, upsetting the No. 4 Frogs, 36 – 14.

“We played well,” Hayden head coach john Estrada said. “We executed on offense and were very physical on defense.”

With the win, the Lobos will make their first appearance in the semifinals since moving to eight-man football more than a decade ago.

“Our kids have worked extremely hard this year,” he continued. “We’ve overcome adversity many times this year.”

Friday’s game was the most recent example of the Lobos playing through adversity.

“Heading up to Salome we were without two running backs,” Estrada said. “We had to adjust our offense and the kids did an outstanding job adjusting.

“That’s what this year’s been about. We work hard, adjust to what needs to get fixed, play football, and have fun.”

The Lobos will take on top-ranked Williams this Saturday for a chance to play for the 1A State Championship a week later. The Vikings defeated the Lobos earlier this season, 40 – 20.

The team that lost the first meeting usually has an advantage the second time around.

“(Williams is) tough and so are we,” Estrada said. “We know what they run and they know what we run. The game will be up for grabs on who wants it the most. Our kids our hungry and will be ready for the challenge.”

What do the Lobos have to do to play either Superior or Mogollon on Nov. 10?

“We have to play at our best from here on out,” Estrada answered. “No mistakes, execute, and most importantly, be physical.”

This Saturday’s game will be played at Maricopa High School. Kickoff is scheduled for 6:30 p.m.