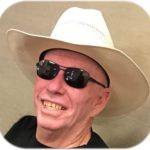 Born and raised in Superior, son of C.E. “Roy” and Mary Gorham McKee, he was a lifelong resident of Superior.

In his early years, Mike worked in the family business, Magma Motors, alongside his dad.  Mike attended Superior schools and graduated from Superior High School in 1963. He enlisted in the U.S. Air Force in September 1965 and served until January 1969 at McCoy AFB in Florida.  In September of 1978 Mike went to work for ASARCO Copper Mine and retired from there in December 2002.

Mike had a lifetime love of auto racing and auto mechanics.  He raced soapbox and midgets as a child and graduated to stock cars and drag racing in his teens.  During his adult life he raced many weekends at Globe Miami Speedway.  It was truly his life passion.

A cancer survivor, Mike was a founding member of Superior Has Heart, an organization brought together to raise funds for the American Cancer Society.  Mike was active in his community with the Chamber of Commerce and Rebuild Superior.  The resurgence and success of the Town of Superior was important to him.

In lieu of flowers, the family suggests memorial gifts in Mike’s memory be made to the American Cancer Society or the Superior Chamber of Commerce Scholarship fund.

Services for Mike were held on Tuesday, March 26, 2019 at St. Francis Church in Superior. Mike was laid to rest at Fairview Cemetery.

Exceptional service was provided to the family by Superior Funeral Home.