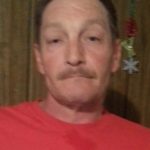 George worked for many years as a groundskeeper at the Hibbing Park in Minnesota before retiring for health reasons to San Manuel.

He had lots of hobbies, mostly centered around collecting especially Dale Earnhart Sr. memorabilia. He loved to go to yard sales – if there was a yard sale or garage sale, he’d be there, always looking to add to one or more of his collections.

He is preceded in death by his father, George Eugene Frand Sr.

Memorial services will be held Saturday, March 23, at 11 a.m. at Living Word Chapel in Oracle.