“It was more like they chose me, to be honest,” she told the Ledger. “Gateway was the only school where I tried out and it was like, ‘Cool, I can go play.’”

All three players acknowledged they are not sure what they will study when they arrive on campus, but are focused on the core classes that will allow them to transfer to a four-year college or university in the future.

Neither attending the same school nor signing together at Gateway was planned, but now that it has the players admit there is comfort in knowing there will be familiar faces on campus. 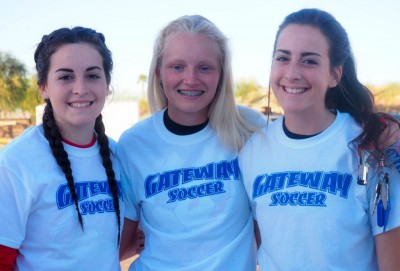 “Honestly, I think it helps a lot,” said Dani DeWitt. “Having that support from your teammates who we’ve played with for a while definitely helped to sign with Gateway.”

Each of them multi-sport athletes, the three Gateway signees credit their participation in Combs’ athletics for providing the opportunity to continue their athletic and academic careers at the next level.

“Both soccer and track have mental and physical elements to them,” said Taylor DeWitt. “Over the years we’ve built on that and got a little stronger every year. It’s nice now that we have this opportunity to play college soccer. It’s a dream come true and definitely very exciting.”

The trio was part of Combs’ team that averaged more than 10 wins per year over the last three years. Head coach Chris Azanger knows he’s losing good players who have contributed to that success. 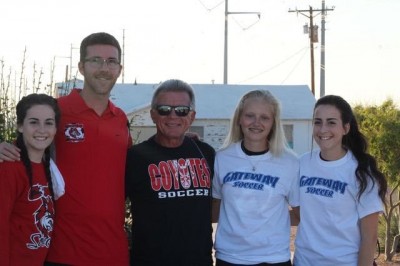